An oblique view, using ASTER data, of Mount Gariwang and the Jeongseon Alpine Centre where the alpine skiing events took place during the 2018 Winter Olympics in Pyeongchang, South Korea. See below for a view of the area from above.

Pyeongchang, South Korea, is home to the 2018 Winter Olympics. This is an exciting time when some of the world’s most elite athletes compete, and people from all over the world are watching. One other “eye” is also watching the Olympics: the Terra Advanced Spaceborne Thermal Emission and Reflection Radiometer (ASTER) satellite sensor.

For almost two decades, Terra ASTER has provided a view of the Earth from 705 kilometers (438 miles) above. Images created from ASTER data can show how mountainous areas in South Korea were transformed in preparation for the Winter Olympics.

One of the biggest changes captured by Terra ASTER for the 2018 Winter Olympics Games was the conversion of sacred forests on Mount Gariwang to ski resorts, ski runs, and other infrastructure as part of the Jeongseon Alpine Centre. Approximately 58,000 trees were cleared to make room for the centre with some trees being over 500 years old. This forest dates back to the Chosun dynasty, which ruled Korea from the 14th to the 19th century. It was designated a sacred area and was given a protected status until South Korea was chosen as the host of the 2018 Winter Olympics. Mount Gariwang was specifically chosen for the Jeongseon Alpine Centre because it was the only area that met international skiing guidelines for downhill events. There are plans to restore more than 1,000 of the removed trees back to the area once the games are completed. In the future, Terra ASTER will be able to observe how the area changes after the 2018 Winter Olympics.

The imagery below shows the area prior to deforestation, after deforestation, and during the 2018 Winter Olympics. The Level 1 Precision Terrain Corrected Registered At-Sensor Radiance product (AST_L1T) is ideal for making these observations. ASTER_L1T data are geometrically corrected and are available as full resolution GIS ready GeoTIFF images. 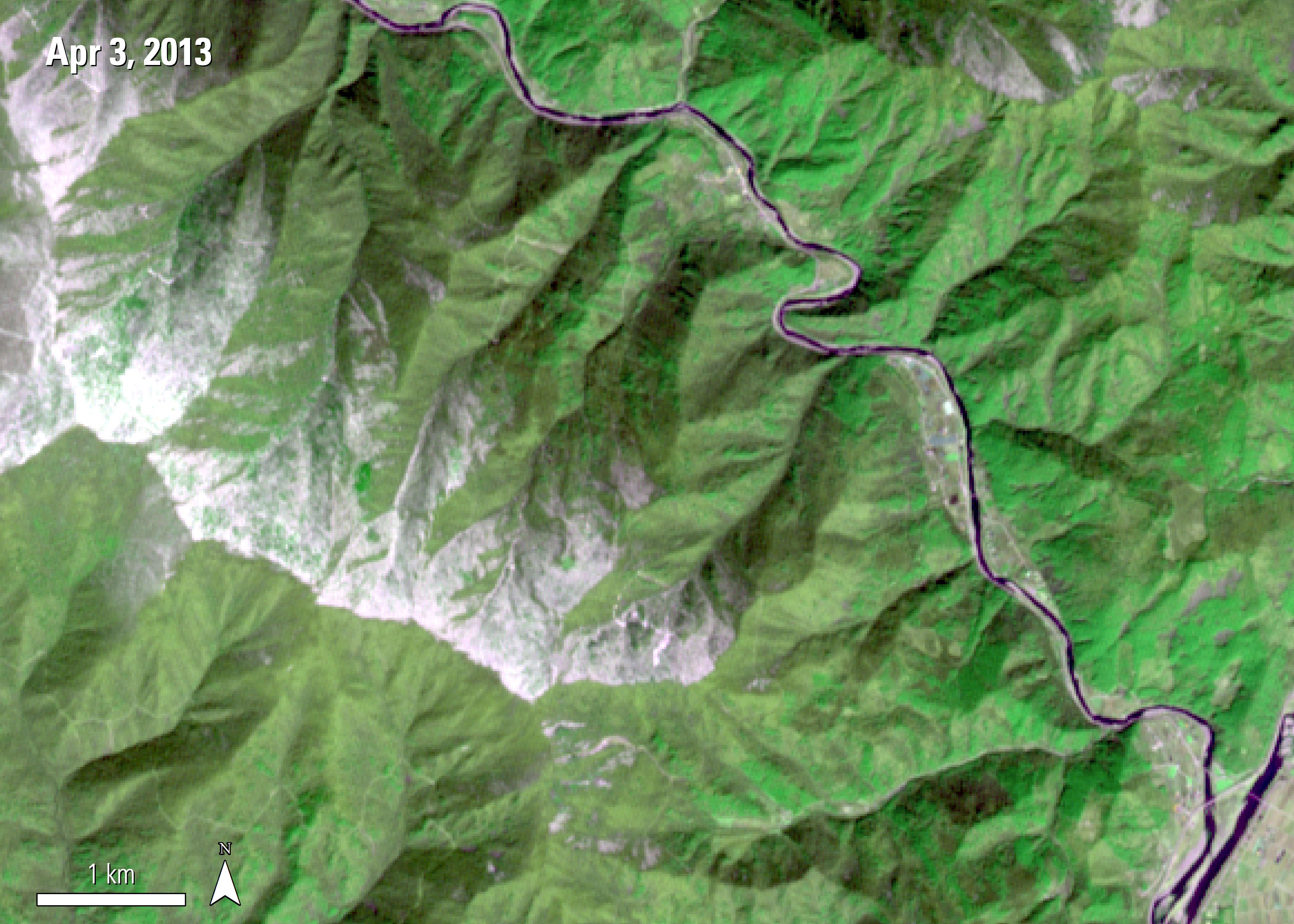 The Mount Gariwang sacred forest area prior to the deforestation effort for the 2018 Winter Olympics is shown using the pseudo-true color band combination 2-3-1. Grass is shown as green, infrastructure as magenta, snow as white, and water as blue. 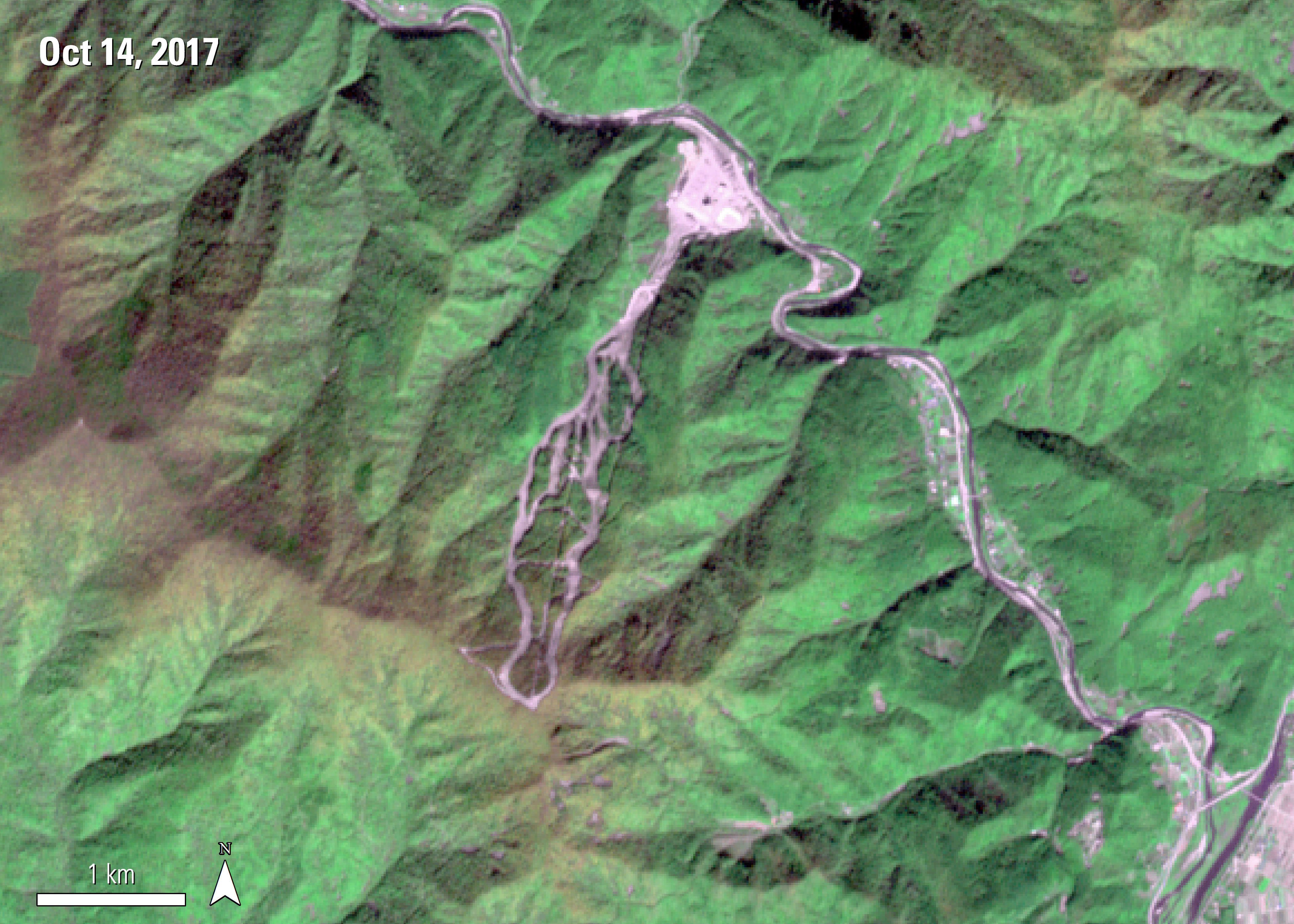 The same area is shown again but now the image is from 2017 as South Korea prepares for the 2018 Winter Olympic Games. This image is also shown using the pseudo-true color band combination 2-3-1. Grass is shown as green, infrastructure as magenta, snow as white, and water as blue. The creation of the infrastructure for the skiing events at the Olympics is present in this image. 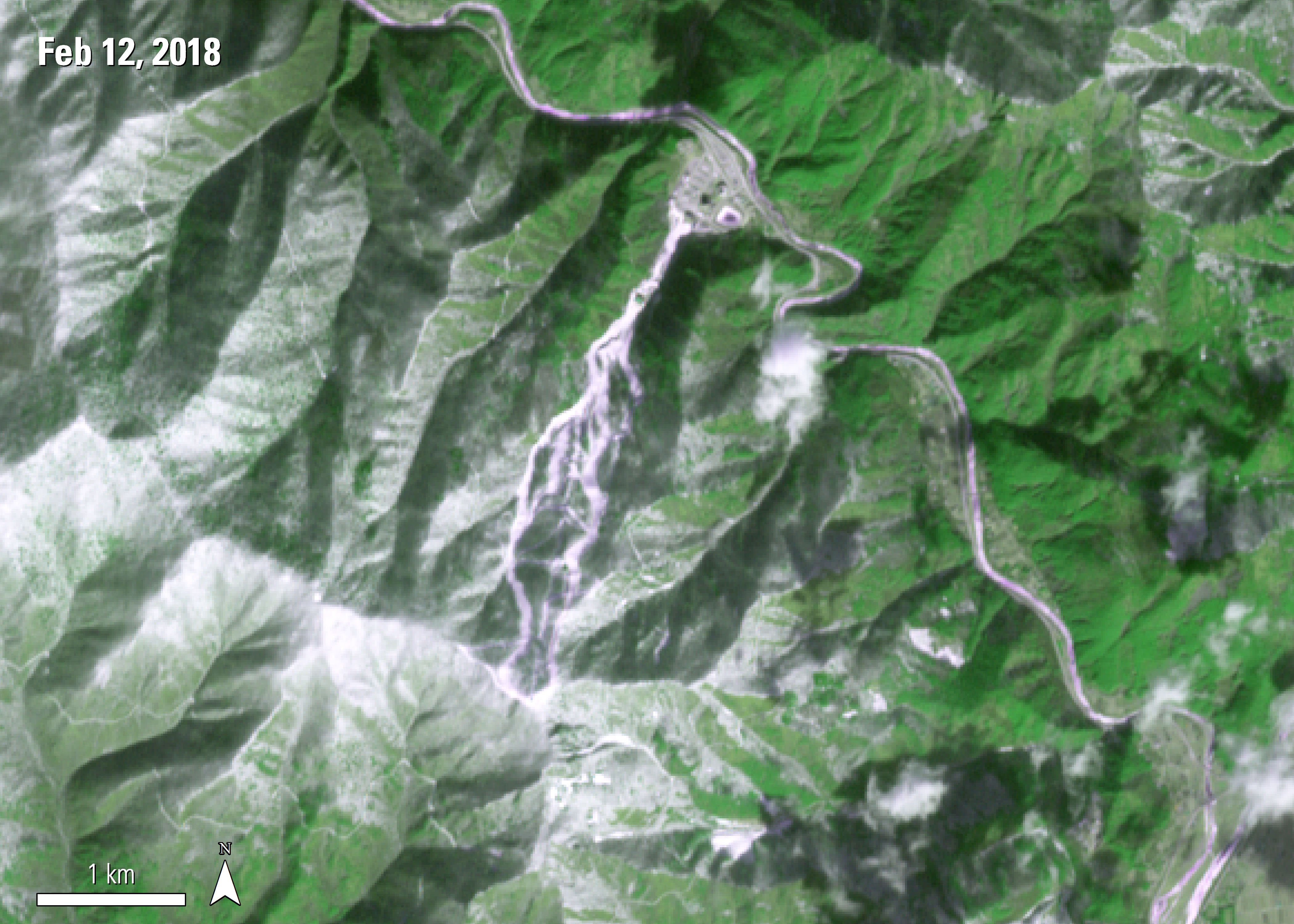 The same area is shown this time during the 2018 Winter Olympic Games. Again, this image is shown using the pseudo-true color band combination 2-3-1. Grass is shown as green, infrastructure as magenta, snow as white, and water as blue. This area was used for the Men’s and Women’s Alpine Skiing events, including Downhill, Super-G, and Alpine Combined.

NASA Earth Observatory, 2018, A view of the Winter Olympics from above, accessed February 16, 2018, at https://earthobservatory.nasa.gov/IOTD/view.php?id=91676.