Better Understanding the Hot Topic of Lahars through ASTER 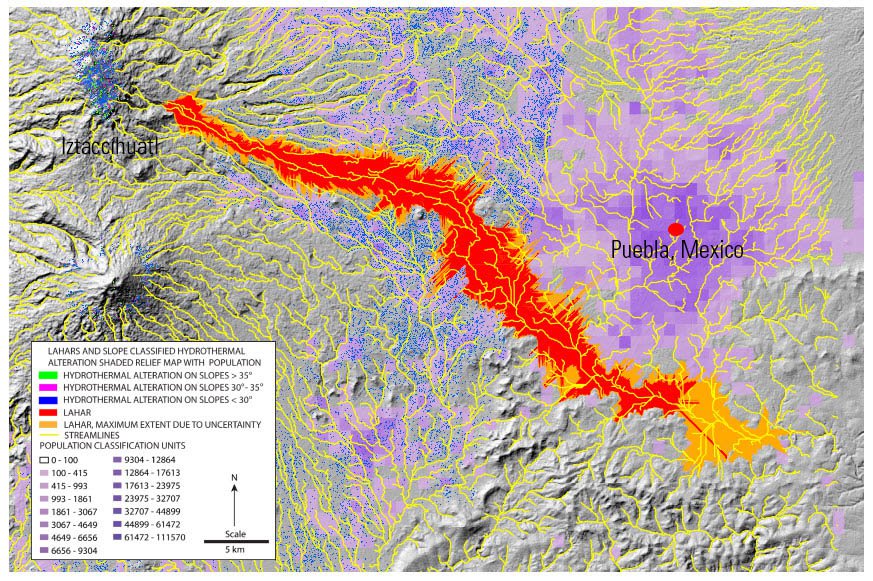 An example of a lahar inundation map, created by Mars and others (2015), of the Iztaccíhuatl volcano near Puebla, Mexico. The red color in the image indicates the potential lahar inundation area. To account for the uncertainty factor, the orange shows twice the volume amount. The purple color indicates population density.

Millions of people around the world live in areas vulnerable to volcanic eruptions and lahars. Similar to a mudslide, a lahar is a dangerous wet mixture of volcanic debris and water that flows down the sides of a volcano. Although lahars are sometimes unpredictable, the possibility of a lahar can increase if a volcano contains large volumes of weakened hydrothermally altered rock. Hydrothermal alteration is the process where magma-heated, hot, acidic water partially dissolves and alters volcanic rock and sediment in the volcano. Some hydrothermally altered volcanoes can be identified by identifying and mapping the cone’s mineral composition. These minerals can be observed by using different band ratios with Terra’s Advanced Spaceborne Thermal Emission and Reflection Radiometer (ASTER) data products. Using ASTER data, researchers are gaining a better understanding of hydrothermal alteration and its potential impact on volcanoes and lahars. Researchers are also using ASTER data to build the first global database of hydrothermally altered volcanoes and to create potential lahar inundation maps for monitored and unmonitored volcanoes in populated areas.

Mars and others (2015) use ASTER’s Visible Near Infra-Red (VNIR) and Shortwave Infra-Red (SWIR) On Demand Registered Radiance at the Sensor (AST_L1B) data to create volcano alteration maps based on the volcano’s mineral composition and slope. The ASTER Global Digital Elevation Model (GDEM) Version 2 (ASTGTM v2) dataset is used to identify watersheds situated below hydrothermally altered volcanic slopes that are more likely to be inundated by lahars. One of the volcanoes featured in the study is Iztaccíhuatl. The authors chose this dormant volcano, located in Mexico, due to its volume of hydrothermally altered rocks and its proximity to the city of Puebla. Using ASTER mineral maps, GDEM calculations and the LAHARZ GIS modeling program, the authors are able to build potential lahar inundation maps, seen in the image above, of volcanoes like Iztaccíhuatl. Use the slider image below to compare an image of Iztaccíhuatl to its corresponding elevation and the various elevations of the surrounding area that might be inundated by a lahar.

With the new LAZHAR_pz GIS modeling program, future research on the database could include incorporating the new program for updated results. However, the current database, and the accompanying digital maps, can be used to aid in studying future volcanic processes and hazards. 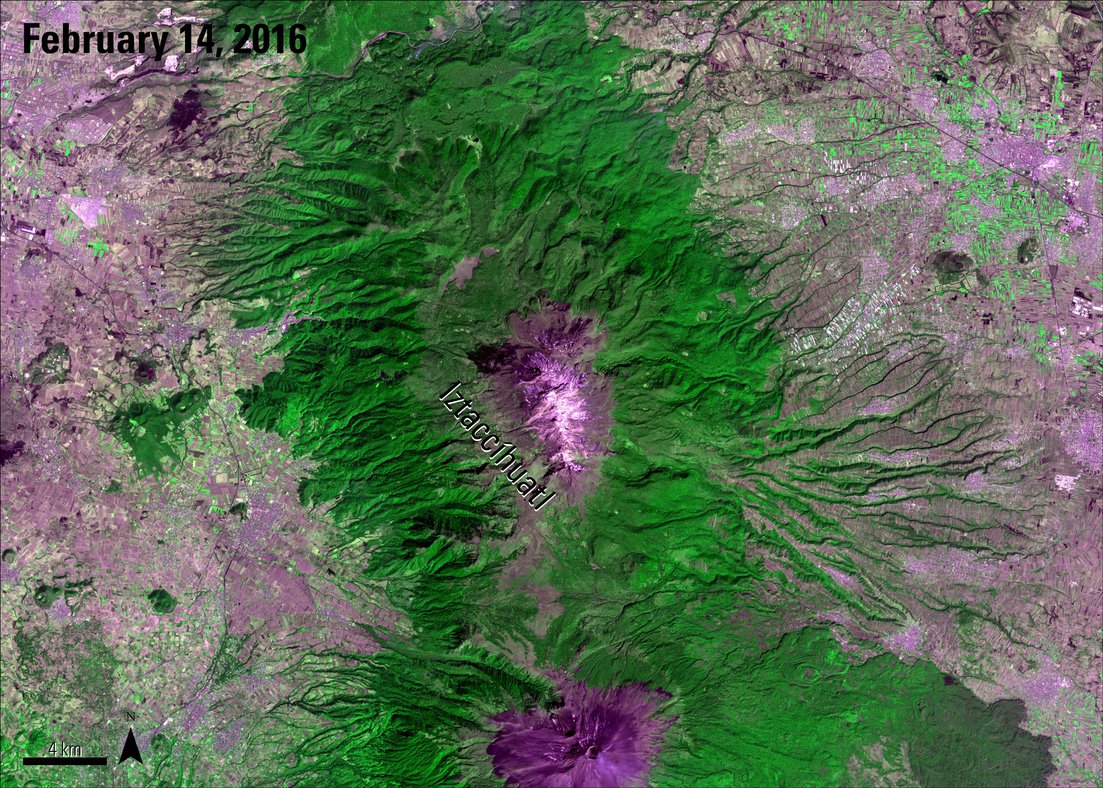 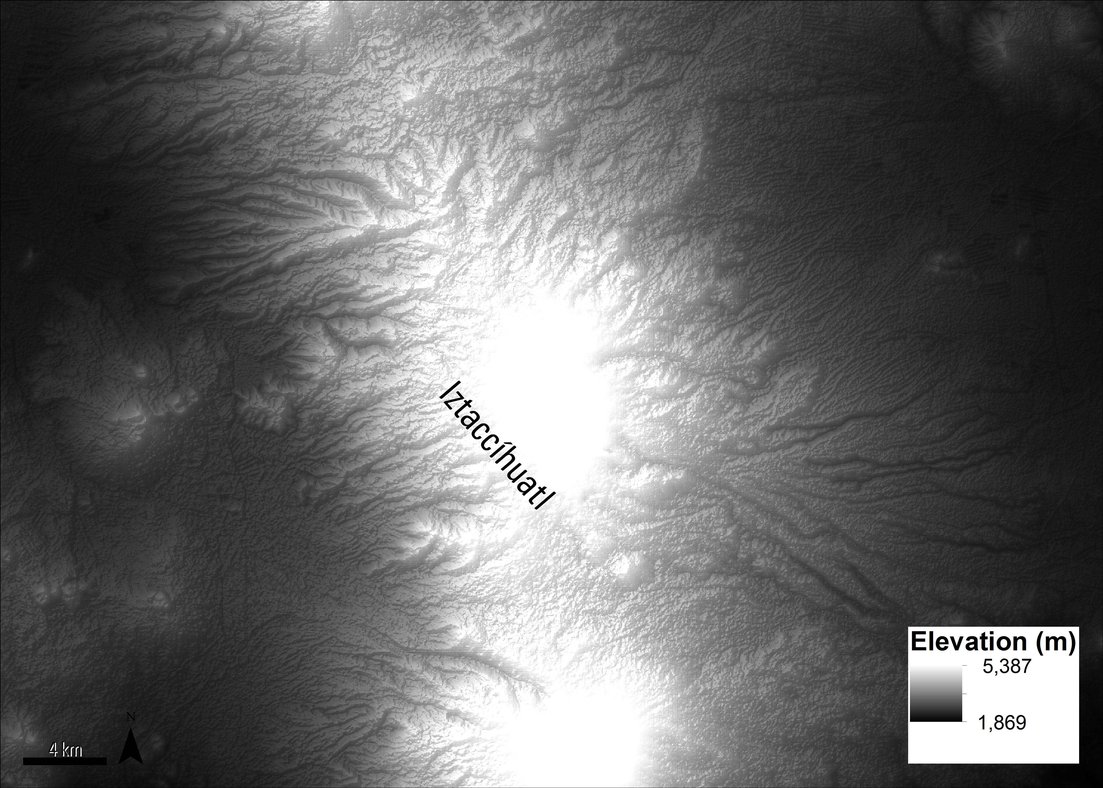