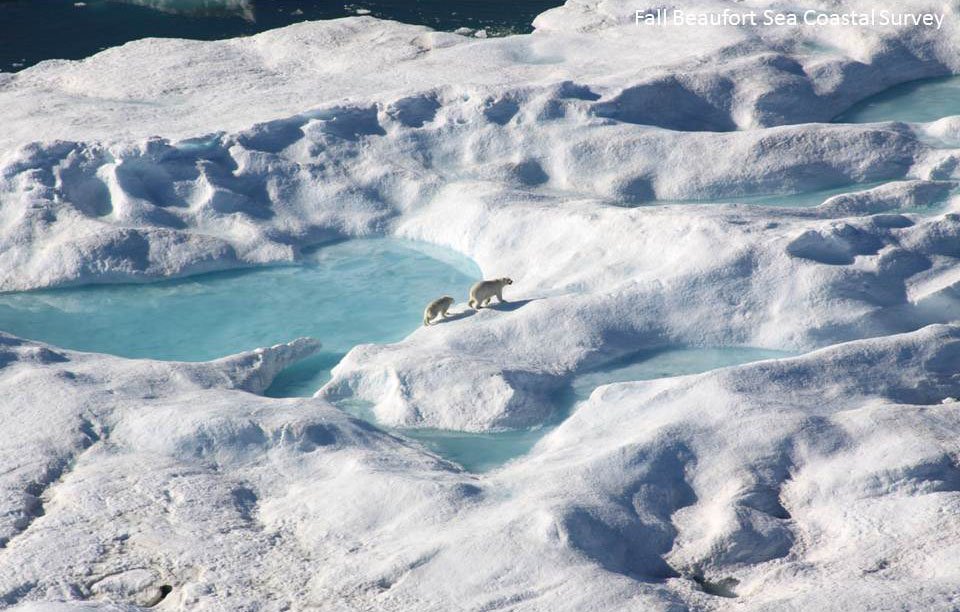 The extent and thickness of sea ice fluctuates both annually and seasonally as the sea ice grows during the winter and decays during the summer. Interannual to decadal changes in sea ice extent can be observed by comparing against a long term average. In the Arctic, these fluctuations impact wildlife such as polar bears, ringed seals, and beluga whales. Polar bears rely on sea ice to provide platforms and bridges that allow them to hunt for food, travel across their home range, and establish dens to mate. Sea ice loss impacts polar bear populations by reducing cubs survival rates, increasing starvation and drowning risks in the adult polar bears, and pushing them to establish dens on land where they have a higher risk of interacting with humans.

Scientists use various types of remote sensing data to study and monitor sea ice patterns in these remote areas to help quantify and investigate how changes in sea ice can impact weather and climate feedback and influence animal populations and behavior in these regions.

Surface reflectance remote sensing data can be used to study sea ice patterns in the Arctic. When remote sensing measurements are corrected for atmospheric effects, as the surface reflectance data from the Terra and Aqua Moderate Resolution Imaging Spectroradiometer (MODIS) mission, distributed by NASA’s Land Processes Distributed Active Archive Center (LP DAAC) is, they can be used to retrieve sea ice extent and properties. Recent studies have used Terra MODIS data to create an automated method that identifies break up patterns in river ice for Russia and Canada (Cooley and others 2016), to observe sea ice in relation to polar bear monitoring in the Beaufort Sea, where polar bears are found near the northern coast of Canada and on Herschel Island (Pongracz and others 2017), and to analyze melt ponds, which play a large role in the decay of sea ice in the summer in Button Bay, Canada by increasing the amount of absorbed solar radiation at the surface of the pond (Yackel and others 2018).

MODIS surface reflectance data can be used in a variety of ways to observe changes in sea ice; however, when using remote sensing data in the Arctic, it can often be difficult to discriminate between snow/ice and clouds. One way to easily distinguish between snow/ice and clouds, while using the Terra MODIS daily 500 meter surface reflectance data product (MOD09GA), is to use the false color band combination 3-6-7 shown in the image on the right below. In this band combination, band 3 (visible), band 6 (shortwave infrared (SWIR)), and band 7 (SWIR) are assigned to the red, green, and blue components, respectively. Snow and ice are highly reflective in the visible region of the electromagnetic spectrum and highly absorb significant solar radiation in the SWIR region. Thus, snow and ice will show up in the imagery as bright red. The more ice in the imagery the more robust the color red will be, because more ice equates with a stronger absorption in the SWIR bands. Since water is actually absorbed in both the red and SWIR parts of the spectrum, it will appear as a dark color in the image. However, small water droplets in clouds will appear as white because the droplets scatter light in both the visible and SWIR parts of the electromagnetic spectrum. Ice particles in clouds will appear as yellow/pink or peach color. Vegetation in the image is shown as green, because it is absorbent in bands 3 and 7 and is reflective in band 6. Interestingly, bare soil or deserts will actually appear as cyan because they are more reflective in bands 6 and 7. While the MOD09GA data are available at a 500 meter resolution, the data can be pan-sharpened to 250 meter resolution using band 1 from the Terra MODIS daily 250 meter surface reflectance data product (MOD09GQ). Explore sea ice around the world for yourself using the band combination 3-6-7 with NASA’s Worldview visualization tool.

While the LP DAAC offers a variety of data that can be used to observe sea ice, we also recommend checking out sea ice specific data from another NASA DAAC, the National Snow and Ice Data Center (NSIDC). 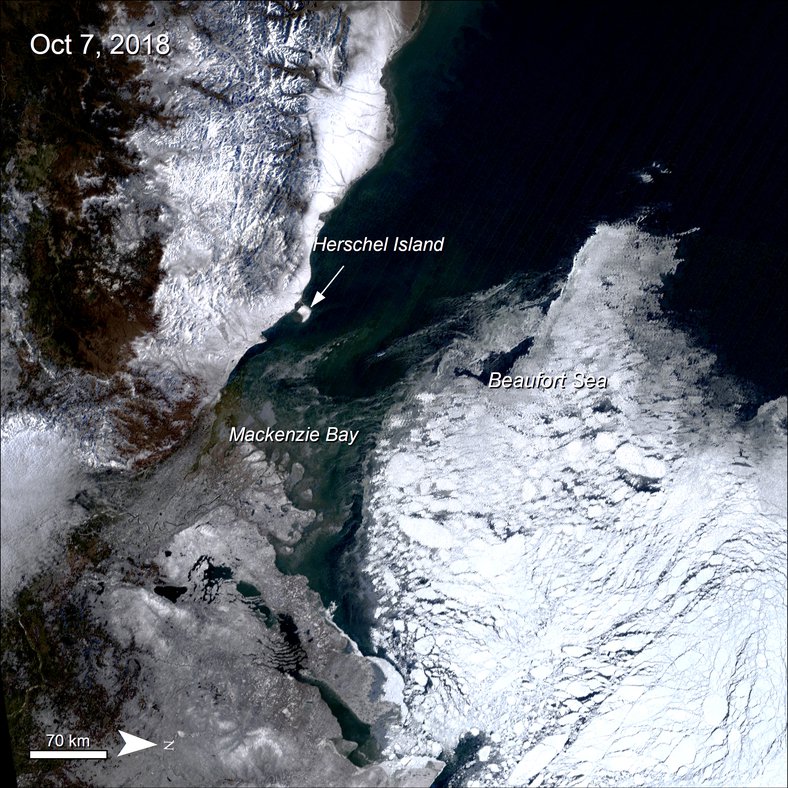 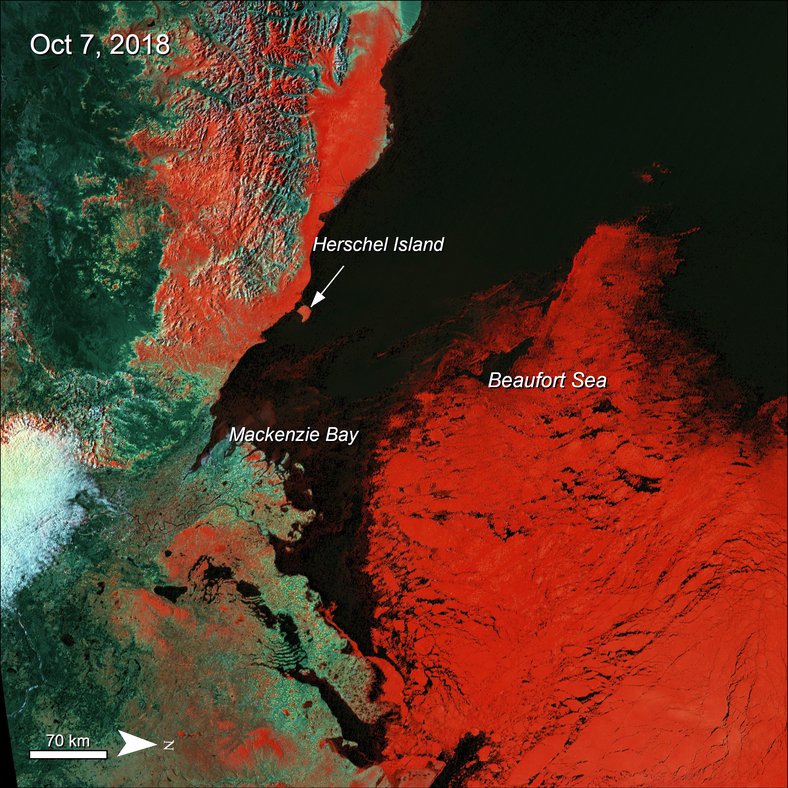