On November 7-8, 2013, Typhoon Haiyan slammed into the Samar and Leyte provinces of the Philippines.  One of the hardest hit areas was the island of Leyte and its capital Tacloban City.  The Advanced Spaceborne Thermal Emission and Reflection Radiometer (ASTER) instrument aboard NASA’s Terra satellite collected these false-color (near-infrared, red, green) images of Tacloban City before and after Typhoon Haiyan that are featured below.  The ASTER image on the left (before) was collected on November 14, 2010.  In the before image the urban areas appear blue-grey, with distinct urban patterns of blocks, streets, and the Daniel Z. Romualdez Airport.  The vegetation appears bright red, and water is almost black.  On the right is the ASTER image that was collected after Typhoon Haiyan on November 15, 2013.  The devastating typhoon leveled the city and vegetation.  Urban patterns were erased leaving most of the city with a solid blue-gray appearance.  Vegetated areas now appear light red where vegetation was wiped out.  Water still looks black with visible pools of standing water on land.

Use the slider bar to compare Tacloban City before and after Typhoon Haiyan. 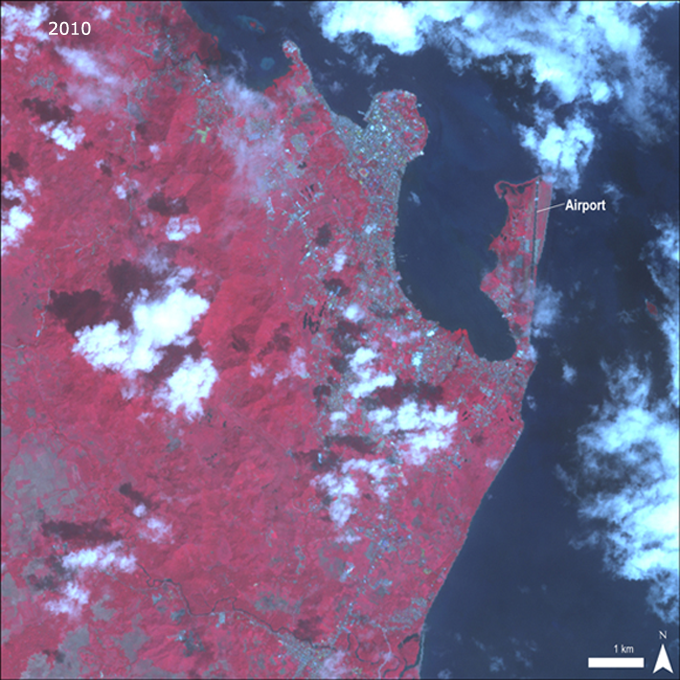 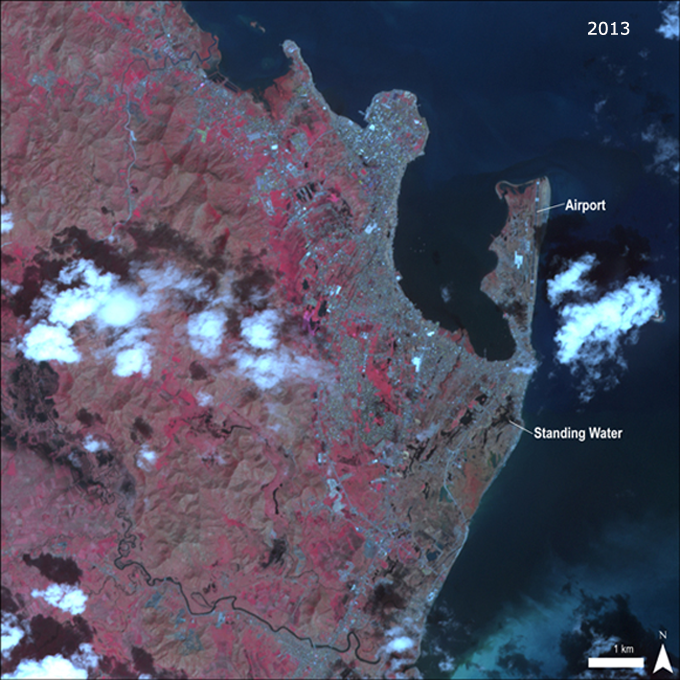