Flooding of the Shire River 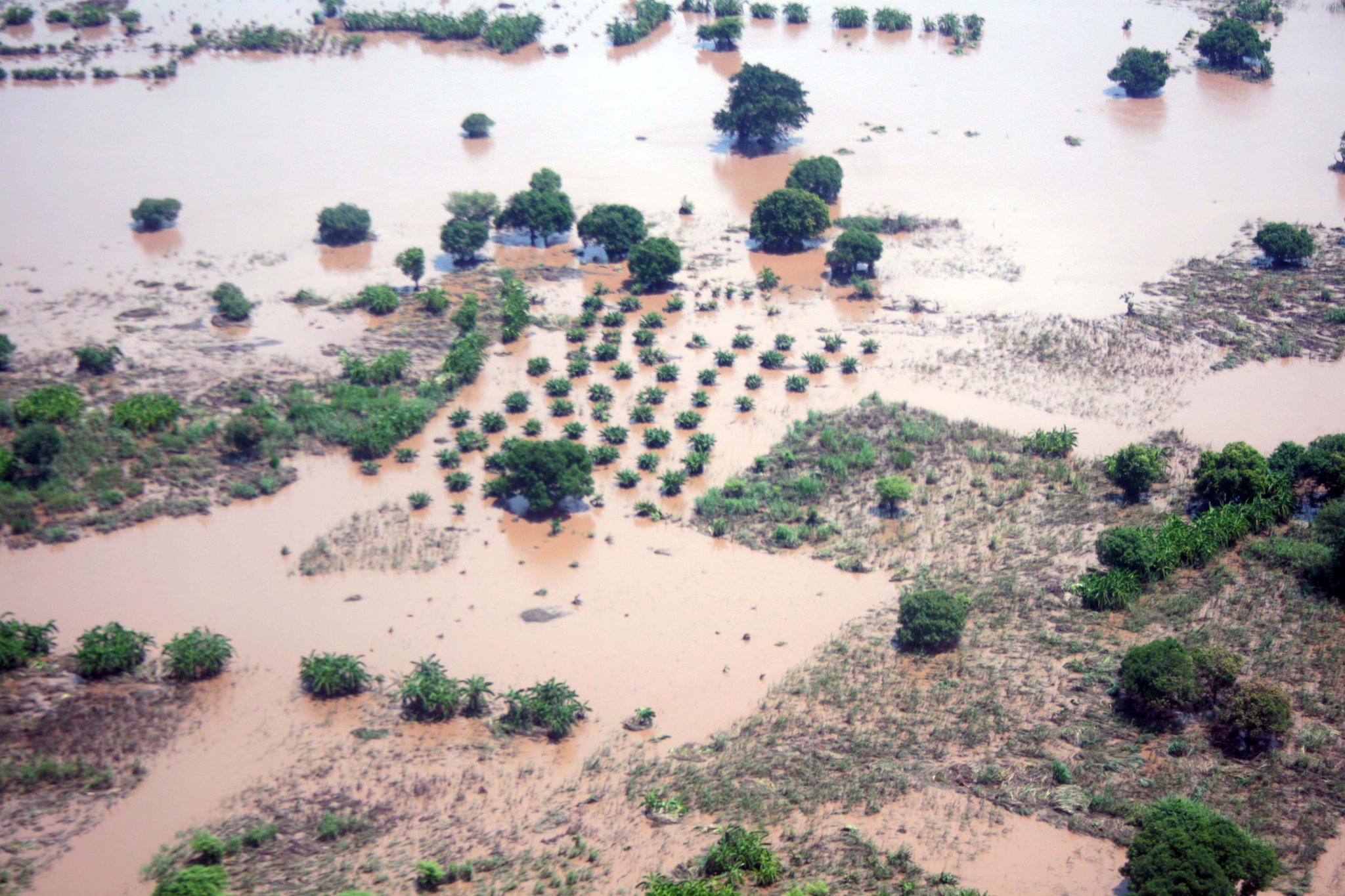 Cropland submerged by floodwaters on the Lower Shire in southern Malawi. This photo was taken on January 16, 2015.

Heavy rains occurred over the Shire (Chire) River region in southern Malawi and north-central Mozambique from December 2014 to early February 2015. The rains have caused the water level of the Shire River to rise. As a result, more than 1,200 square kilometers (120,000 hectares) of land has been submerged, infrastructure has been damaged, and numerous deaths and missing persons have been reported. Seasonal rains are typical in the region from December to March, but the rains that began this past December were unusually heavy. The increased intensity is partially due to rains brought in mid-January by Tropical Cyclone Bansi as it passed over the coast of southwestern Africa.

The Moderate Resolution Imaging Spectroradiometer (MODIS) instrument aboard NASA’s Aqua satellite captured the images below of the Shire River. The left image, from November 29, 2014, is from before the rainy season started and shows mostly brown land indicating that it is dry. The image on the right, from January 23, 2015, shows much more green land, indicating vegetation growth, but also the expansion of the river onto the surrounding land. 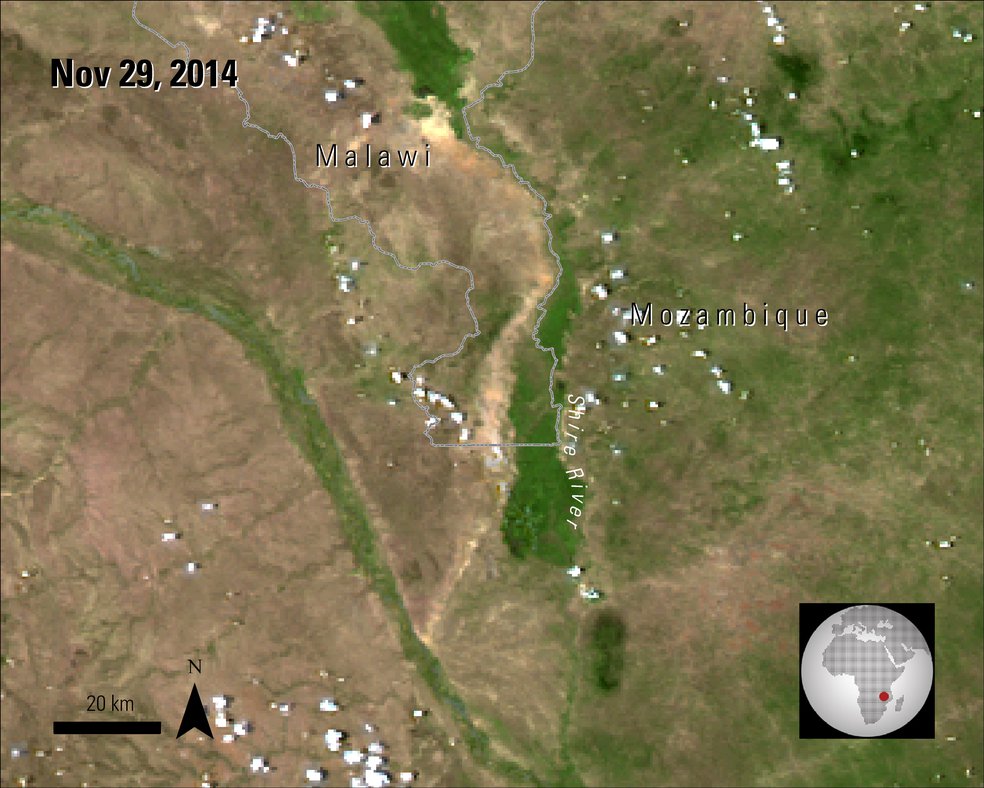 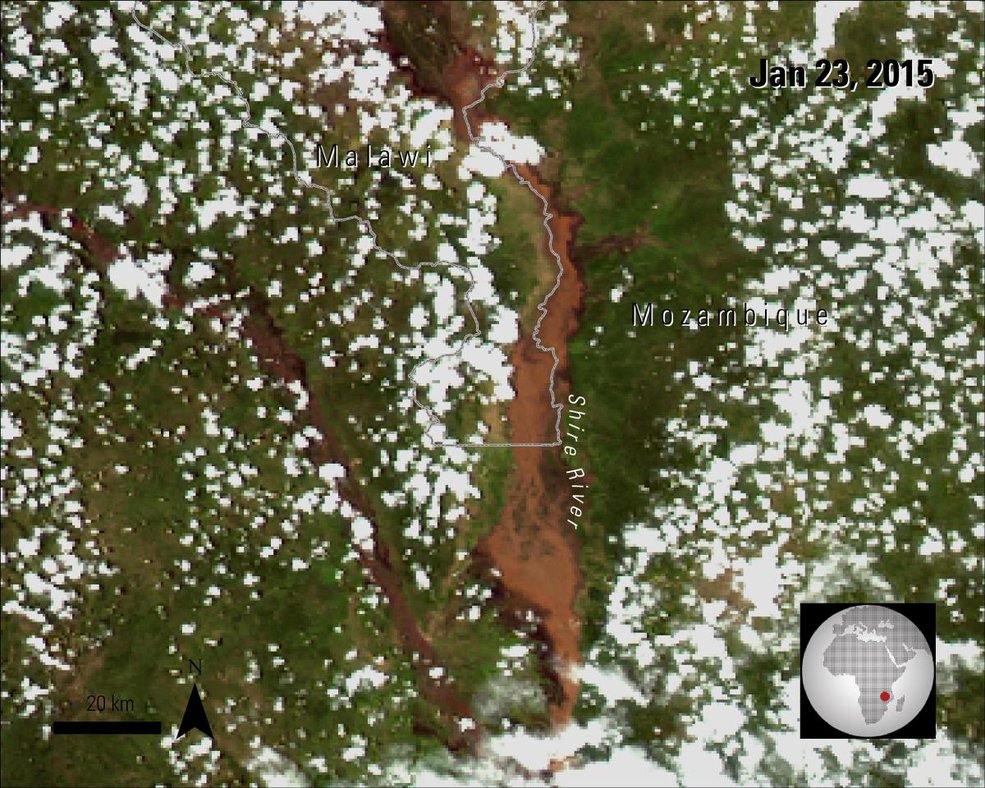