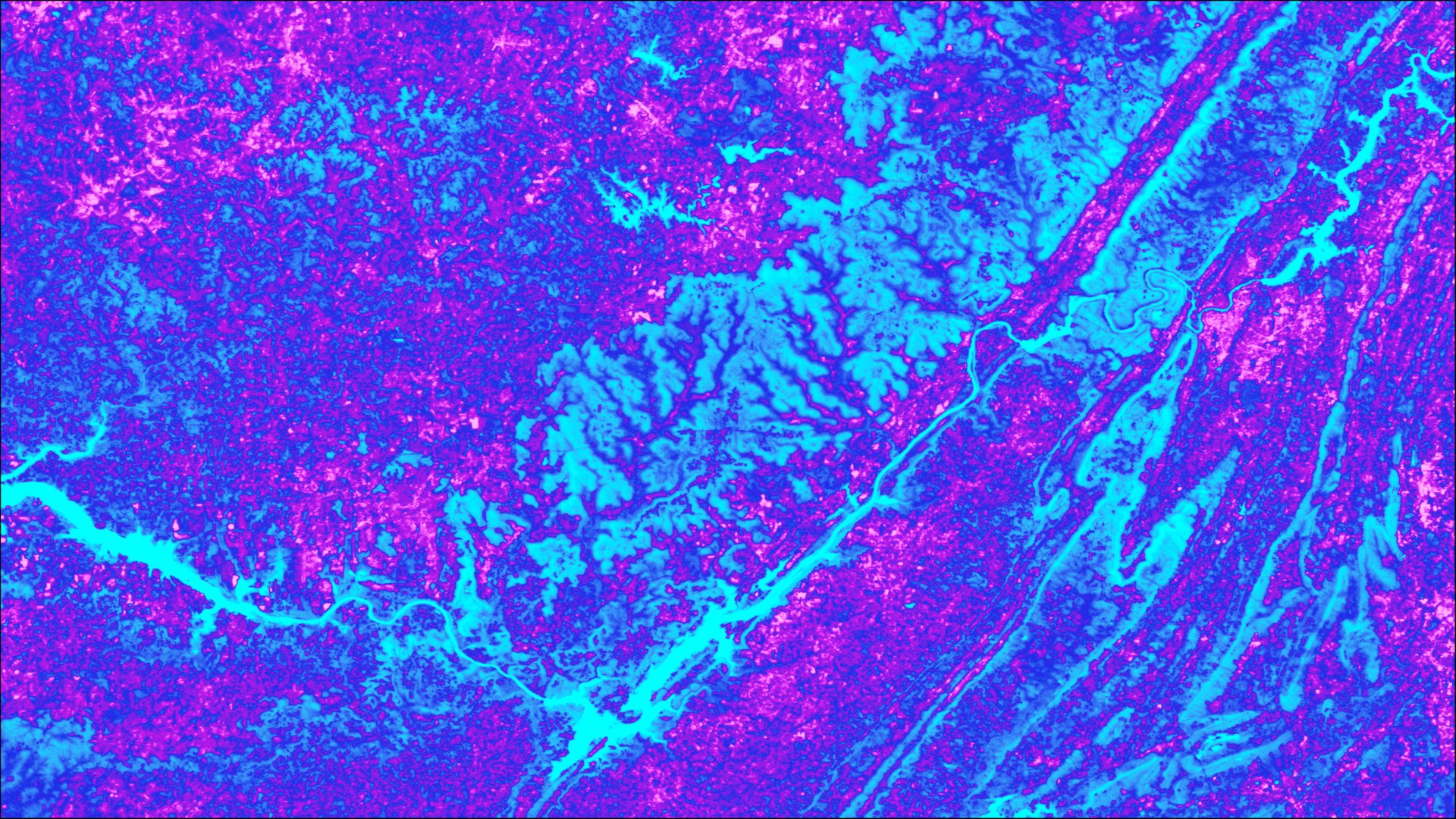 Change between daytime and nighttime land surface temperature based on ECOSTRESS Land Surface Temperature data from August 30 to September 1, 2019. According to the DEVELOP Team, areas with shades of light purple indicate high temperature increases and areas of light blue show negative or low increases in temperature.

All projects conducted in the fall term, as well as in past terms, can be found in the DEVELOP archive.

The temperature of water in aquatic ecosystems can drastically impact the biodiversity that lives in the area. Local species have evolved to live in equilibrium with their environment. As water temperatures increase beyond normal, local species can die off and make space for foreign heat-tolerant species to thrive. One way water temperature can increase in local aquatic ecosystems is through liquid waste, or effluent, from nuclear power plants near the water. In Tennessee, the Tennessee River is used to cool down the Browns Ferry Nuclear Plant (BFNP). Water is pumped in to cool down the reactors and then discharged at a higher temperature, which in turn increases the temperature of the water around the discharge point. In this project the Tennessee Valley Energy DEVELOP team used remote sensing data, including Thermal Infrared data from Terra ASTER (AST_08) and ISS ECOSTRESS (ECO2LSTE), downloaded using the Application for Extracting and Exploring Analysis Ready Data (AppEEARS), and Landsat 8’s Thermal Infrared Sensor (TIRS) to examine water temperature along the Tennessee River. The team was specifically looking for spatial and temporal variations in the water’s surface temperature. The method used in this study can help improve river temperature predictive models that are currently being used by the Tennessee Valley Authority’s BFNP. Read the team’s poster below for more information on their methodology and what they learned from their project. 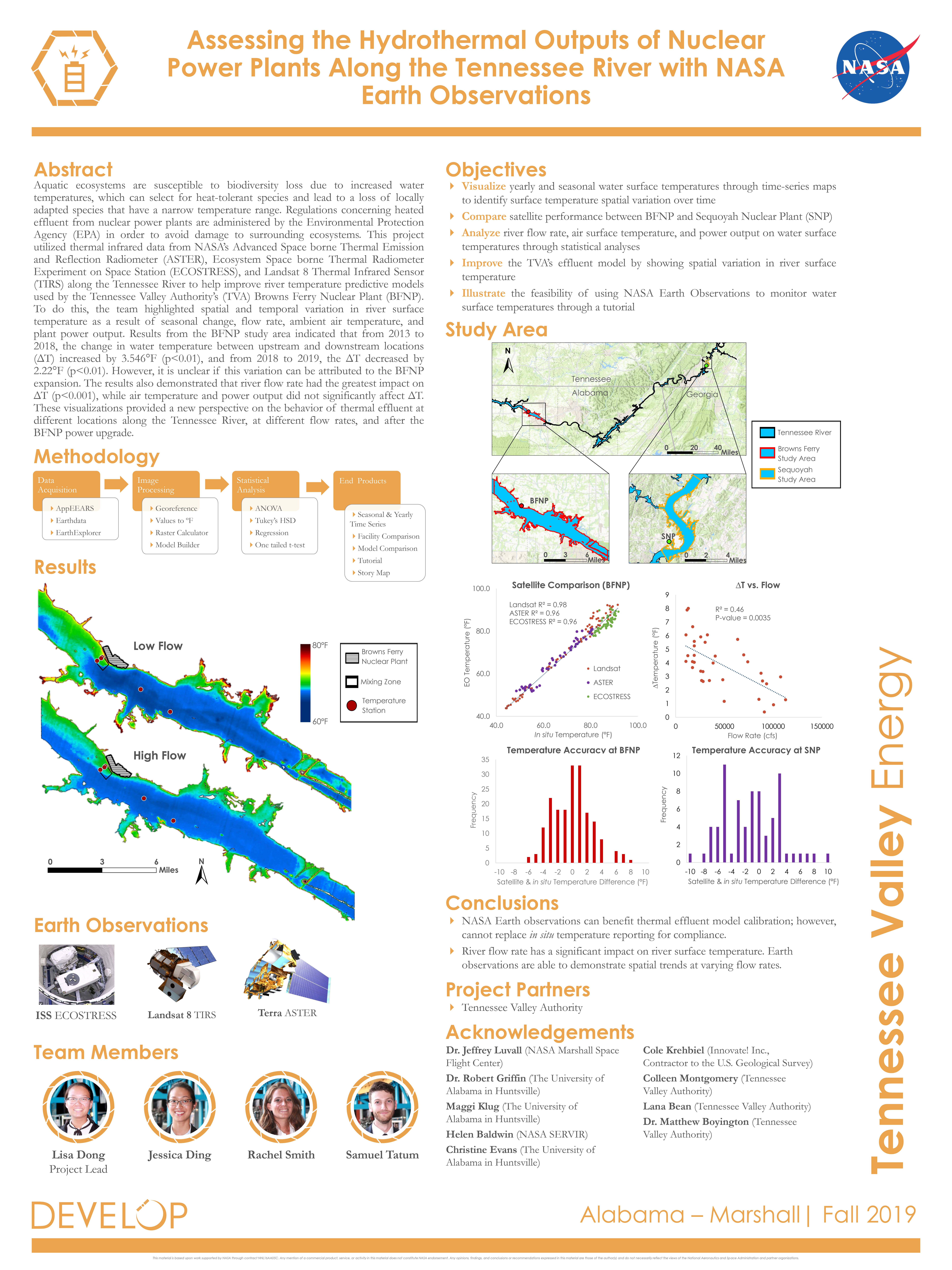