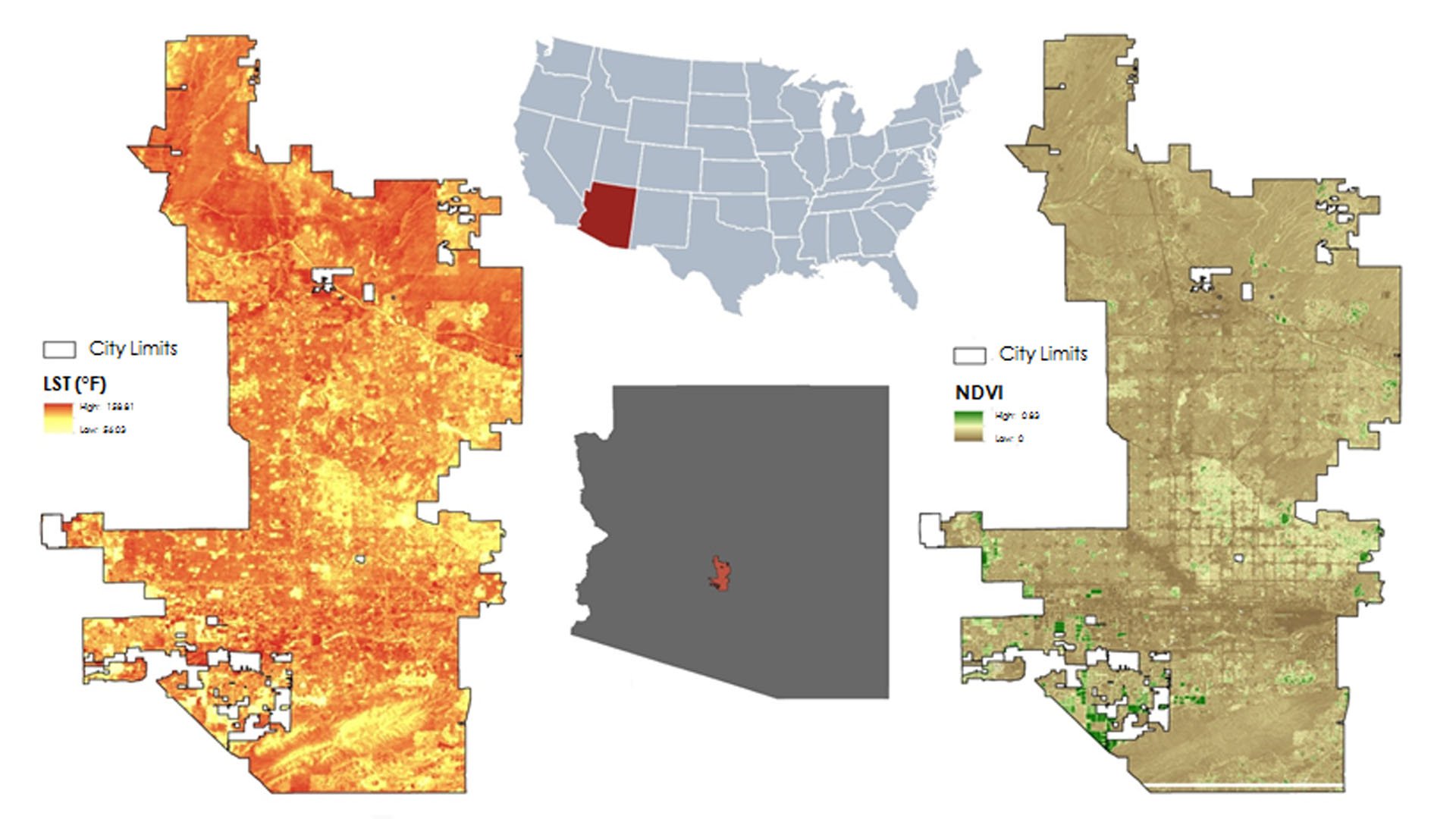 During the Spring 2017 term of NASA’s DEVELOP National Program, participants used geospatial data and technologies to analyze several land use and environmental applications across the world. Each project completed by a DEVELOP team is conducted in partnership with state and federal agencies or organizations local to the study area.  Fundamental to the analytical and geospatial component of each of these projects is NASA Earth science remote sensing data. Many of these projects use data collected by the Moderate Resolution Imaging Spectroradiometer (MODIS) sensor onboard NASA’s Terra and Aqua satellites, the Terra Advanced Spaceborne Thermal Emission and Reflection Radiometer (ASTER), and derived data from NASA’s Shuttle Radar Topography Mission (SRTM), all data that are distributed by the LP DAAC.

All projects conducted in the Spring 2017 term, as well as in past terms, can be found in the DEVELOP archive.

One of the projects, Beating the Heat: Assessing Extreme Temperatures of Public Transit, used NASA Earth observation data to study land surface temperature and vegetation presence along bus transit stops during the extremely hot summers in Phoenix, Arizona. Summer air temperatures in Phoenix often exceed 106°F (42.1°C), which can lead to heat-related illnesses in the community. This is of concern for residents who spend time outside waiting at bus stops as they are at a particular risk of heat stroke and heat exhaustion. Currently, the Phoenix Transit Department decides where to improve shade structures based on the number of riders who use the bus stops and the status of existing shelters. Land surface temperature data from NASA’s Terra ASTER satellite sensor (AST_08) and Landsat 5 and 8 were used to determine which bus stops were the hottest over a 10-year period. In addition, the DEVELOP team also used Landsat 8 imagery to determine which bus stops had a presence of vegetation, which can aid in cooling the area. Maps created from this project were provided to the Phoenix Transit Department to aid in assessing which of the 4,000 bus stops could benefit from structures that provide relief from the heat. Efforts from this project can aid in reducing the risk of heat-related illnesses for the bus-riding population.

Watch this video created by the Phoenix Health & Air Quality Team to learn more about their project and how they used NASA Earth science remote sensing data.