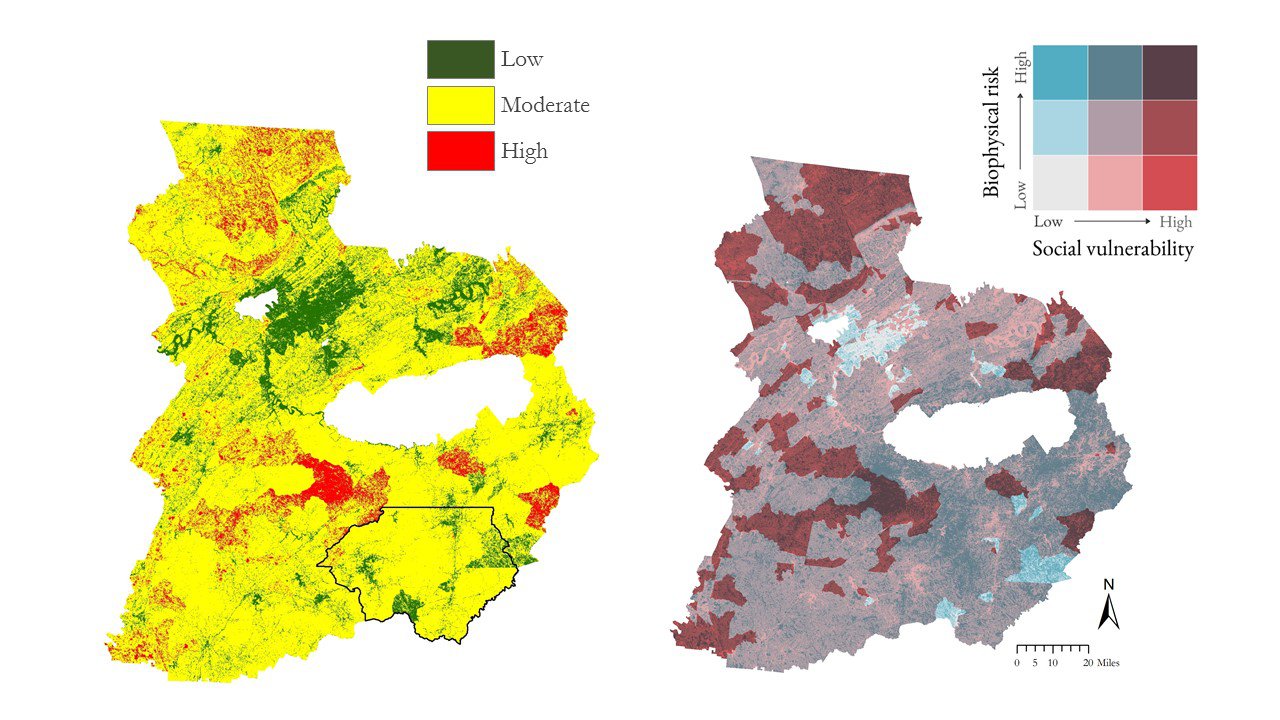 During the Summer 2017 term of NASA’s DEVELOP National Program, participants used geospatial data and technologies to monitor the health of mangroves and marine reserves, monitor and manage invasive species, and study natural disasters across the world. Each project completed by a DEVELOP team is conducted in partnership with state and federal agencies or organizations local to the study area.  Fundamental to the analytical and geospatial component of each of these projects is NASA Earth science remote sensing data. Many of these projects use data collected by the Moderate Resolution Imaging Spectroradiometer (MODIS) sensor onboard NASA’s Terra and Aqua satellites, the Terra Advanced Spaceborne Thermal Emission and Reflection Radiometer (ASTER), and derived data from NASA’s Shuttle Radar Topography Mission (SRTM), data that are distributed by the LP DAAC.

All projects conducted in the Summer Term, as well as in past terms, can be found in the DEVELOP archive.

One of the projects, Monitoring Vulnerability, Wildfire Damage, and Recovery in the Appalachian Forests, used NASA Earth observation data to study vegetation changes in Georgia, North Carolina, and Tennessee after unusually destructive fires in 2016. Over 60 fires ignited throughout the Southern Appalachian region in October and November 2016, highlighting a need to better understand the area’s vulnerability to wildfires, damage caused by the fires, and the necessary recovery efforts in the area. The Southern Appalachia Disasters II team partnered with the U.S. Forest Service to determine how the land changed as a result of the fires. The team used elevation data from Terra ASTER (AST14DEM), and Terra MODIS vegetation data (MOD13Q1), along with data from Landsat 8 to assess the severity of fires in the region. The project team also looked at socioeconomic demographic data to create a model of social vulnerability to fire hazards in the study area, see image above. The final results from the project provided the U.S. Forest Service with an increased understanding of how management practices can affect future wildfires in the region and how socioeconomic variables impact a resident’s ability to adapt and recover from a wildfire.

Watch this video created by the Southern Appalachia Disasters II Team to learn more about their project and how they used NASA Earth science remote sensing data to study the impact of fires.

About the NASA DEVELOP National Program
The DEVELOP National Program is part of NASA’s Applied Sciences Program. Participants from around the country join the DEVELOP program for 10-week terms to apply data acquired by NASA Earth-observing satellites to bridge the gap between science and society. DEVELOP participants work with local, state, and federal partners to create maps and other products in eight focus areas, including Agriculture & Food Security, Disasters, Ecological Forecasting, Energy, Health and Air Quality, Urban Development, Water Resources, and Transportation & Infrastructure.