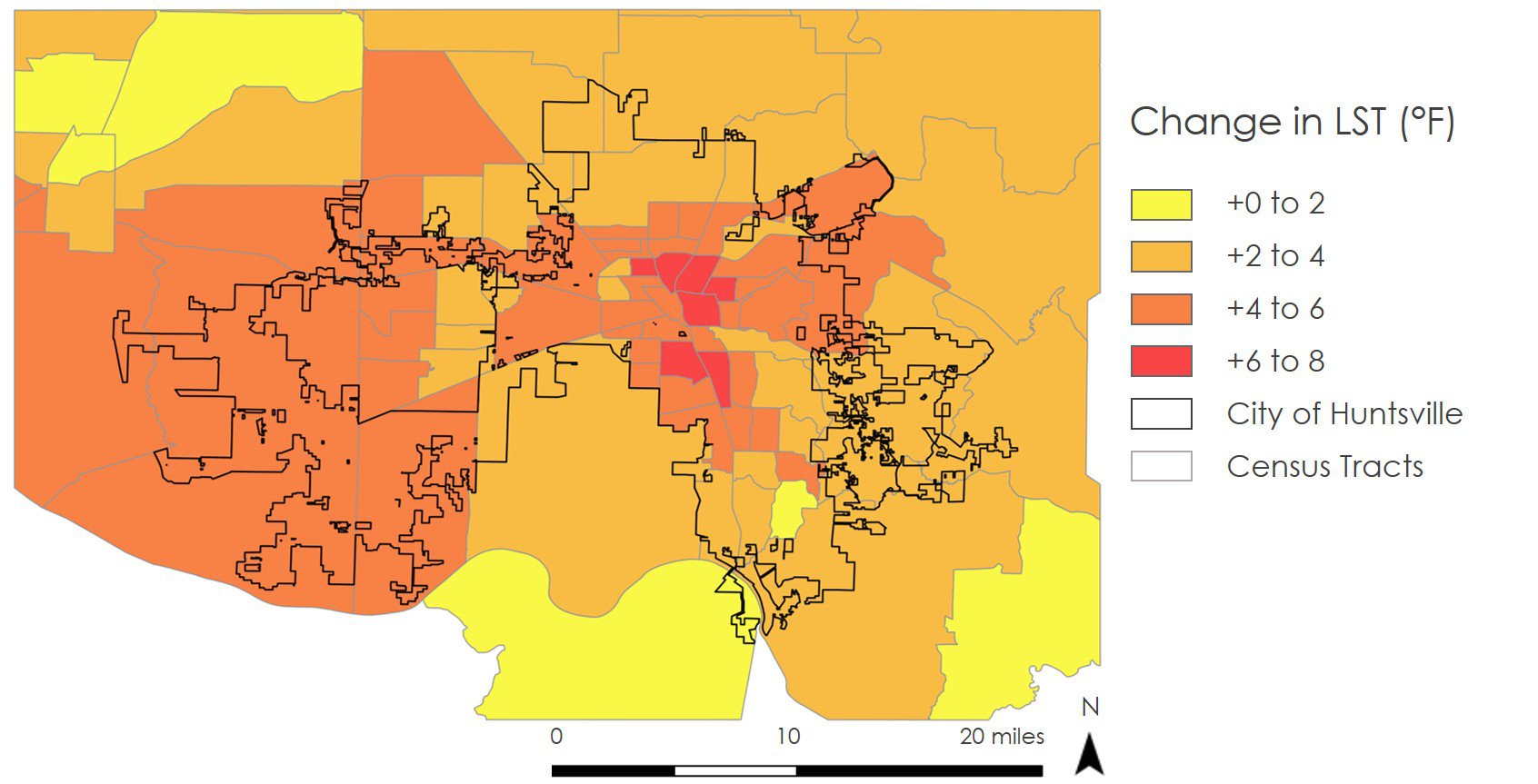 During the summer 2020 term of NASA’s DEVELOP National Program, participants used geospatial data and technologies to investigate, analyze, and monitor several issues around the world. Some of the topics explored throughout the term included air quality, climate, conservation, energy, flooding, habitat, land cover change, urbanization, water resources, transportation, and wildfires. Each project completed by a DEVELOP team is conducted in partnership with agencies or organizations local to the study area. Fundamental to the analytical and geospatial component of each of these projects is NASA Earth science remote sensing data. Several of these projects used data distributed by the Land Processes Distributed Active Archive Center, including data collected by the Moderate Resolution Imaging Spectroradiometer (MODIS) sensor aboard NASA’s Terra and Aqua satellites, NASA’s Shuttle Radar Topography Mission (SRTM), which flew aboard the space shuttle Endeavour in 2000, Global Ecosystem Dynamics Investigation (GEDI) aboard the International Space Station (ISS) and Ecosystem Spaceborne Thermal Radiometer Experiment on Space Station (ECOSTRESS) also aboard the ISS .

All projects conducted in the summer term, as well as in past terms, can be found in the DEVELOP archive.

Urbanization is often linked to the amplification of the urban heat island effect in cities. One reason is that urbanization results in increased impervious surface area (rooftops and asphalt), and decreased vegetation cover (agriculture, tree cover, grassland), which in turn leads to higher local temperatures in those areas compared to surrounding regions. The city of Huntsville, Alabama has recently experienced rapid growth, in part due to the city’s engineering industry. The Huntsville Urban Development DEVELOP team set out to use NASA Earth science remote sensing data to observe the impacts urban growth has had on the city of Huntsville’s environment. The team used daily Land Surface Temperature (LST) from Terra MODIS (MOD11A1), ISS ECOSTRESS (ECO2LSTE), Canopy Cover and Vertical Profile data from ISS GEDI (GEDI02_B), along with Landsat 5 and Landsat 8 data and ancillary data to create several products that could assist in mitigating the effects of extreme heat brought on by urban expansion and canopy loss. Read more about these products on the team’s poster below. The team found that the city of Huntsville experienced an increase in LST by ~4°F from 2010 to 2019 while experiencing an increase in tree cover by ~3 percent. The findings from this project will aid the City of Huntsville in making future decisions on where to increase green infrastructure. 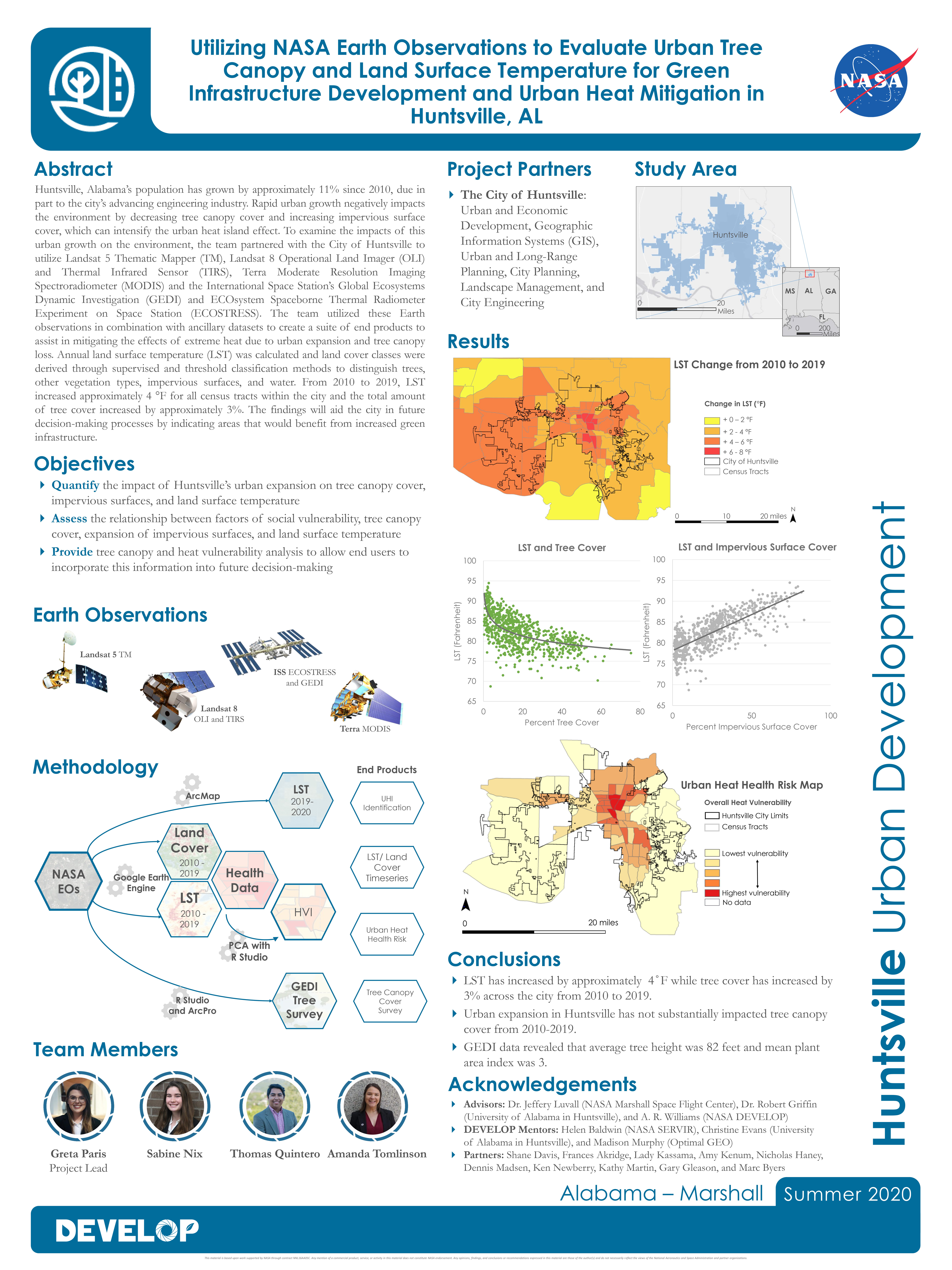