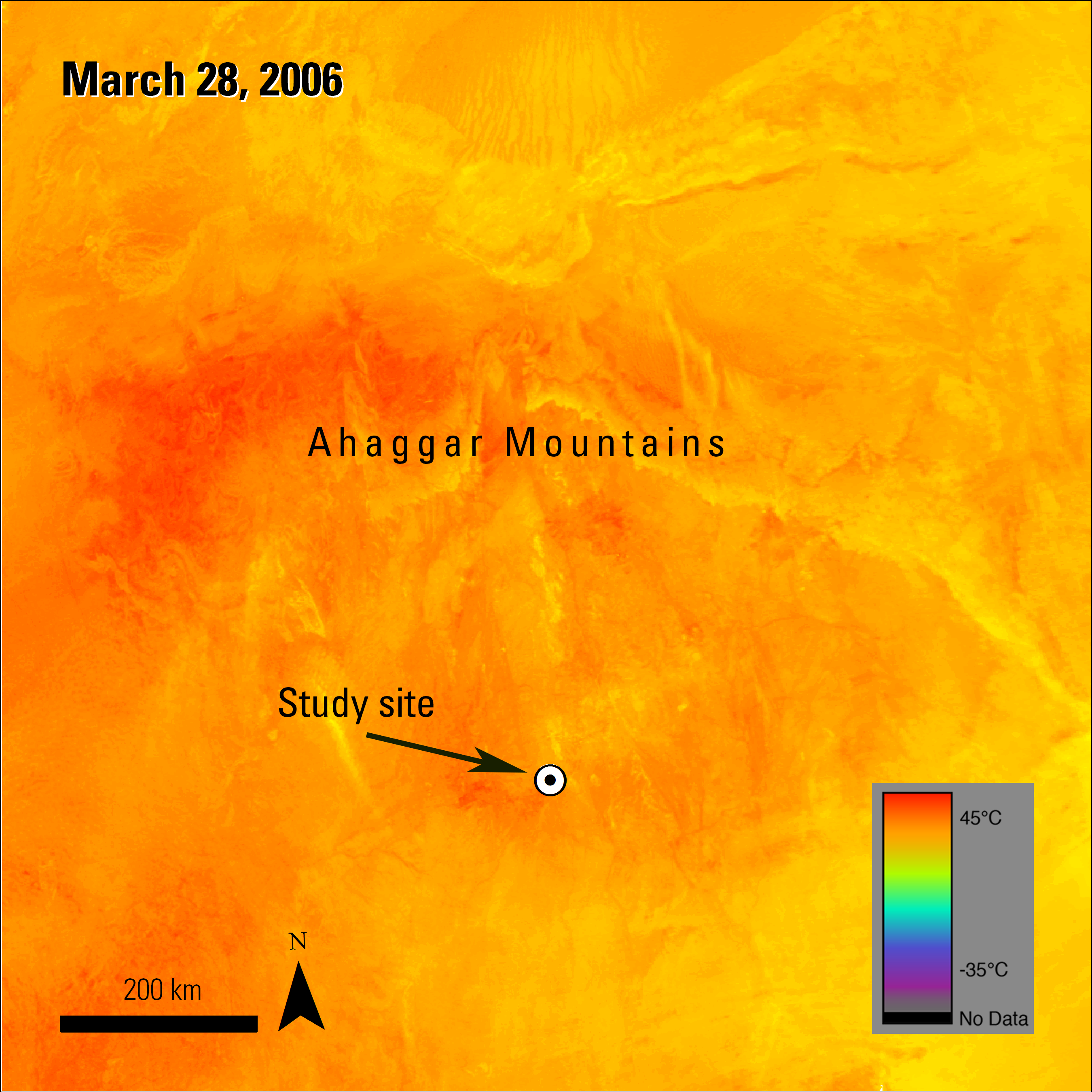 In previous versions of the MODIS LST products (i.e., Versions 4.1 and 5), LST values in bare soil/sand sites were underestimated by more than 3 Kelvin (K) – about 5.4 degrees Fahrenheit (F) or 3 degrees Celsius (C) Wan, 2014 attributed these erroneous estimates to the use of algorithm coefficients that did not account for the large diurnal temperature swings over the seasons, and variations in the emissivity values for bare soil/sand sites with different physical characteristics. The algorithm implemented in the MODIS Version 6 LST products includes a series of refinements to address these issues. Wan, 2014 evaluated the Version 6 LST algorithm using Aqua MODIS daily swath data (MYD11_L2) at five bare soil/sand sites and compared those values to data from previous MODIS versions and groundtruth data. His findings show that Version 6 LST data product produce more accurate estimates of LST at the bare soil/sand sites without compromising estimates for other land-cover types, and concluded that the Version 6 product was superior to its preceding versions.

The temperature differences between MODIS Version 5 and MODIS Version 6 LST can be clearly seen over time on a pixel by pixel basis using the LP DAAC’s Application for Extracting and Exploring Analysis Ready Samples (AppEEARS). AppEEARS is a data extraction tool into which pixel values can be extracted for individual geographic coordinates and visualized in a series of graphs. Below are example output graphs from AppEEARS for one of the five bare soil sites analyzed in Wan, 2014. Aqua MODIS Daytime LST data (MYD11A1) for a location in Tamanrasset, Algeria (22.856, 5.455), were extracted over the time period January 1, 2003 to December 31, 2008. The visualizations in AppEEARS show that LST values from the bare soil site differed substantially between collection 6 and collection 5, matching observations reported in Wan, 2014, while also showing that the difference is consistent through time. 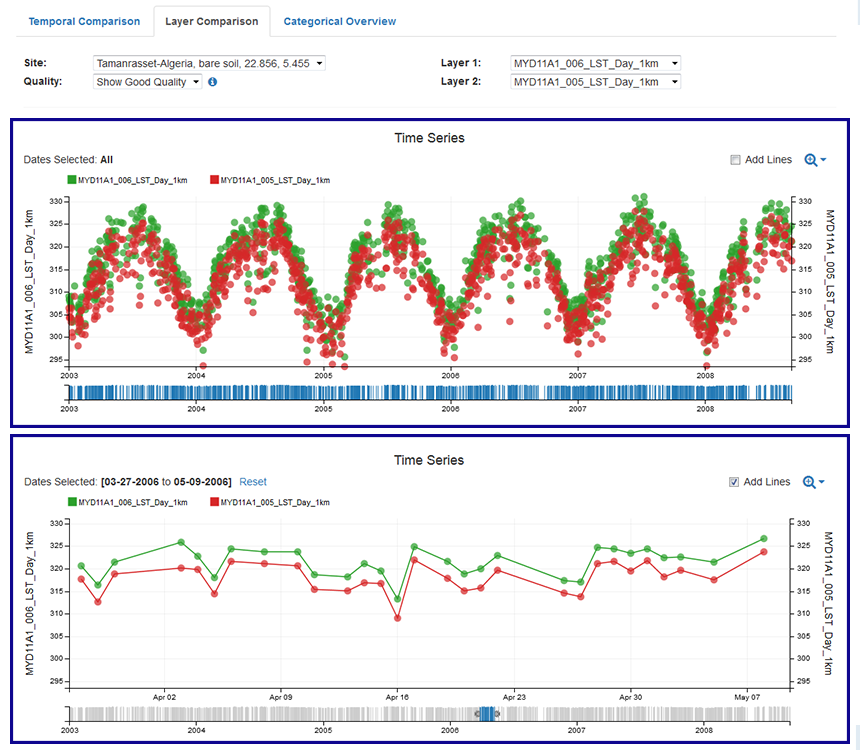 The top graph shows the overall trend of MODIS Version 6 (green dots) versus MODIS Version 5 (red dots) for daily daytime Aqua MODIS LST for 2003 to 2008. The bottom graph takes a closer look at the trend, focusing on only then end of March to the beginning of May in 2006. AppEEARS provides the ability for users to simply and quickly change the date range to investigate.