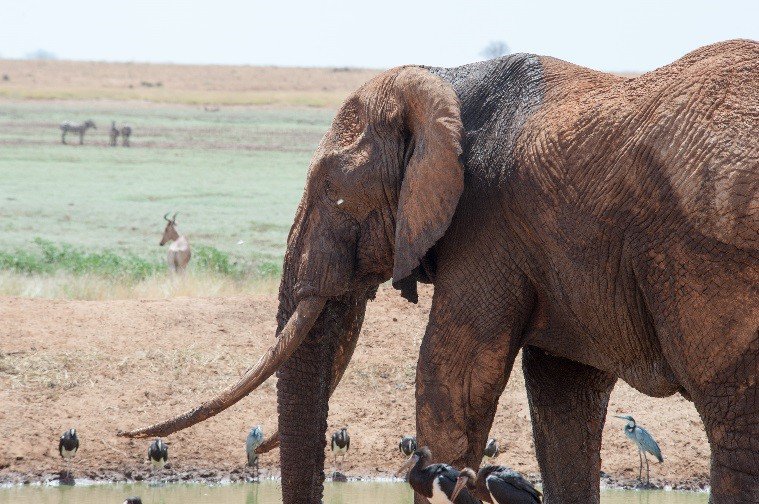 MODIS Vegetation Indices (VI) data products are frequently used in agricultural studies and land cover changes over time. However, researchers from Wageningen University in the Netherlands are using a Terra MODIS VI data product in a unique way to study the environmental factors related to natural elephant mortality in the Tsavo Conservation Area in Kenya.

Wato and others (2016) use 16-day, 250 meter resolution MODIS Normalized Difference Vegetation Index (NDVI) data (MOD13Q1) as a proxy measurement of food sources in the conservation area from 2004 to 2012. MODIS NDVI data are a measurement of vegetation “greenness” between -1 and 1, with a lack of green vegetation being identified with a value of less than 0.3. After the death of each elephant in the study, the authors examine the MODIS NDVI data to observe the food sources available to the elephant at the time and how they have changed over the study period.

The authors find that typically during the long wet season, between March and May, the vegetation is typically enough to sustain the elephants through part of the long dry season, which lasts from June through October. However, the availability of food sources declines during the months of September and October, as shown through a lower NDVI data measurement. Elephant mortality increases during this time and is most notable when NDVI data measurements are less than 0.3. The highest rate of elephant mortality during the study period occurred during October 2009, which correlates with the lesser amounts of rainfall during the 2009 long wet season. Decreased rainfall during the long wet season leads to insufficient food sources during the long dry season. The authors find that during times of drought, the elephants gathered near permanent water sources. However, this grouping of elephants results in a depletion of food sources around the permanent water sources, as detected by a decrease in NDVI, and ultimately leads to an increase in elephant mortality due to starvation.

The authors note that while periods of prolonged drought typically result in higher elephant mortality, this could lead to an improved resilience of the area’s dry ecosystem and could ultimately lead to a regeneration of food sources. The authors believe that allowing this ecosystem to be naturally maintained can aid in sustaining future generations of elephants. The authors also state that findings from this study, and the NDVI data used in this study, can be used in other arid and semiarid savannas where elephants live. 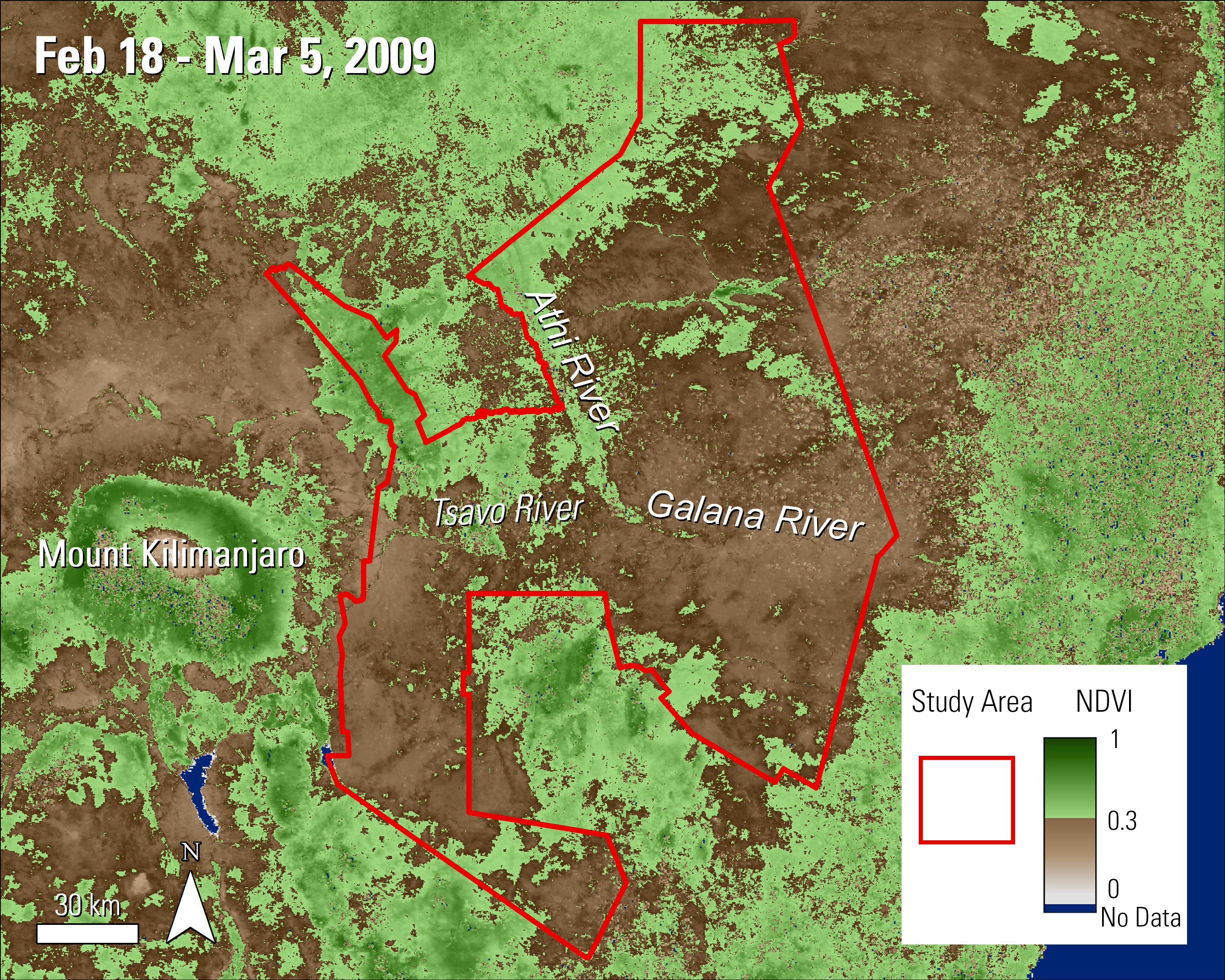 A Terra MODIS NDVI map of the Tsavo conservation area, as defined by the authors, in a red outline. These NDVI data measurements were recorded during the short dry season. These measurement are from 2009, which was a particularly dry year for the area. 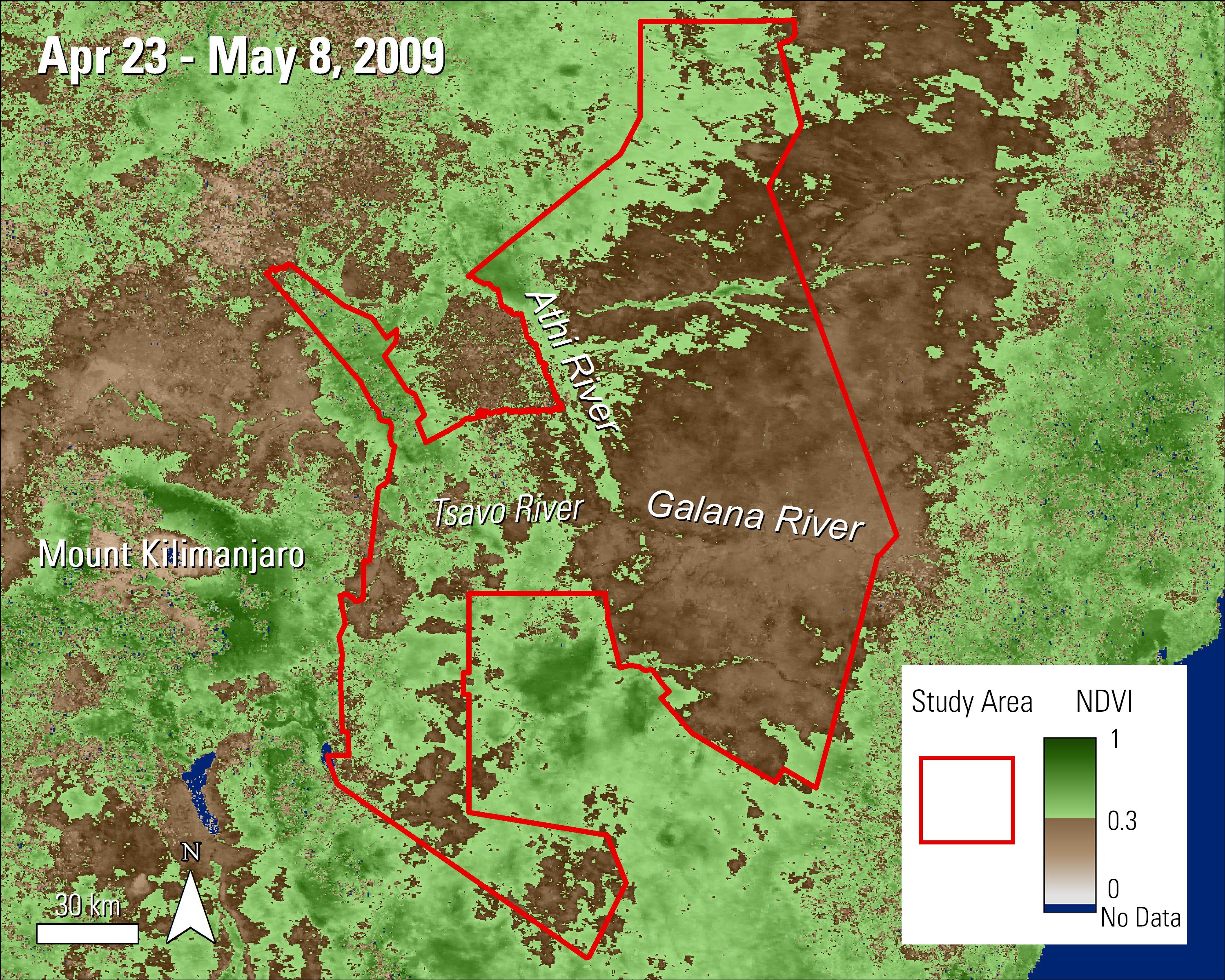 A Terra MODIS NDVI map recorded during the middle of the long wet season. Vegetation has begun to sprout near the Tsavo River. However, near the Galana River, where elephants often travel to for water, vegetation is still sparse. 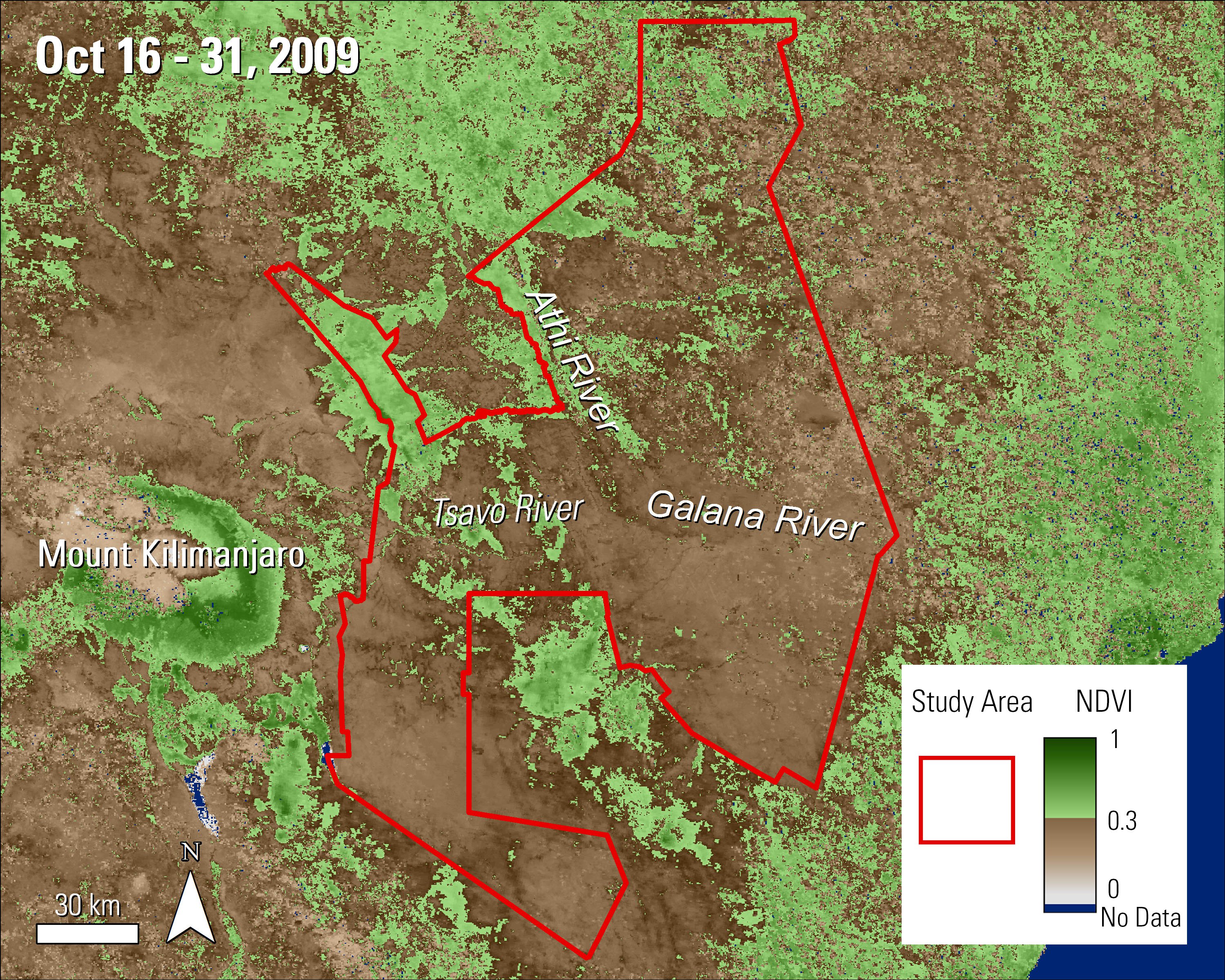 A Terra MODIS NDVI map recorded during the long dry season. A decrease in NDVI data were recorded during September and October 2009 throughout the conservation area due to a drier long wet season. This time period also saw an increase in elephant mortality. 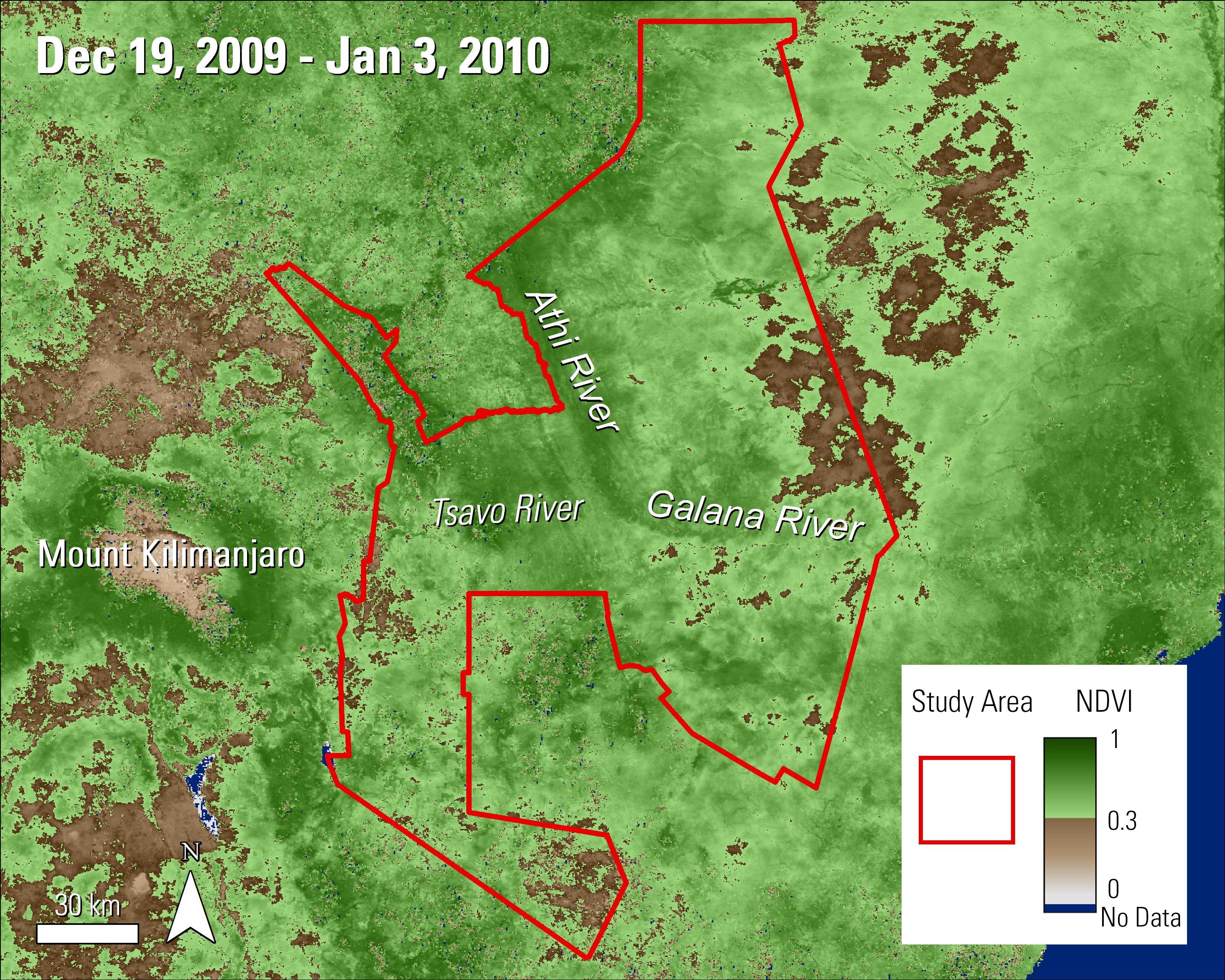 A Terra MODIS NDVI map of vegetation in the conservation area recorded towards the end of the short wet season, from November to December.