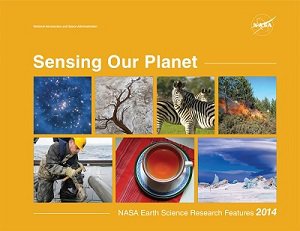 Each year, the Sensing Our Planet publication features intriguing research that highlights how scientists are using Earth science data to learn about our planet. Research described in the articles uses data archived and managed by NASA Earth Observing System Data and Information System (EOSDIS) Distributed Active Archive Centers (DAACs). These articles are also a resource for learning about science and about the data, for discovering new and interdisciplinary uses of science data sets, and for locating data and education resources.

Articles and images from Sensing Our Planet: NASA Earth Science Research Features 2014 are available online at the NASA Earthdata website in both pdf and web formats.

Four of the stories feature data distributed by the Land Processes DAAC. Some of the data products used are from the Advanced Spaceborne Thermal Emission and Reflection Radiometer (ASTER) sensor onboard NASA’s Terra satellite and/or the Moderate Resolution Imaging Spectroradiometer (MODIS) sensor, onboard both the Terra and Aqua satellites.

The price of tea

“The best tea must have creases like the leather boots of Tartar horsemen, curl like the dewlap of a mighty bullock, unfold like a mist rising out of a ravine, gleam like a lake touched by a zephyr, and be wet and soft like earth newly swept by rain,” wrote the great Chinese tea sage, Lu Yu, 1,200 years ago.

The rich ecosystems once fed by the Colorado River are gone, the result of hundreds of pipelines siphoning water for various uses. Yet, the Colorado is just one of many beleaguered rivers in the United States, raising a question: Do we have enough water to meet our needs, now and in the future?

In an attempt to answer this question, scientists are using a variety of data, from stream flow data to MODIS satellite imagery.

The migration routes zebras once used in Botswana, Africa, were fenced off from 1968 to 2004. When some of the fences were removed, the zebras started migrating again, even though three or four generations of zebra had lived behind the fence. Since this wasn’t a learned response, scientists were intrigued and are trying to understand why the zebras know when and where they should migrate.

Using GPS monitoring collars on some zebras, along Normalized Difference Vegetation Index (NDVI) and MODIS data, scientists are working to answer these questions.

Are all earthquakes the same? Do they result in the same aftershocks? Do they exhibit the same dynamics? If you answered no to these questions, then you are correct. As a result, scientists are using a variety of tools to answer the age old question. Why?

One of the data tools being used in this research of a volcanic area in Chile comes from thermal infrared images from ASTER and MODIS. 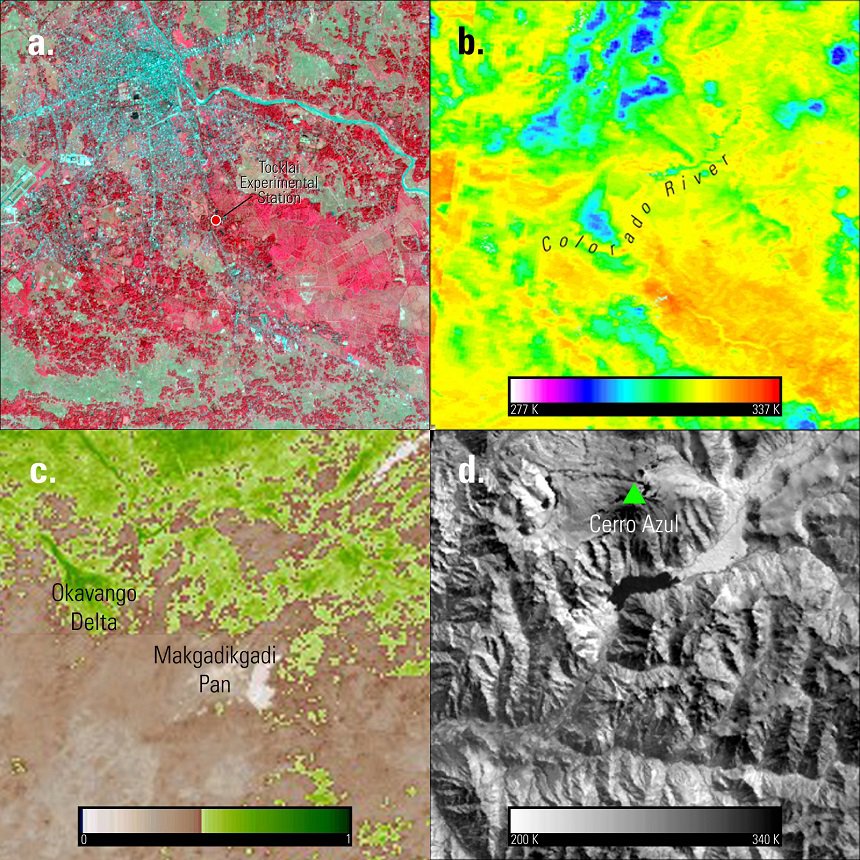