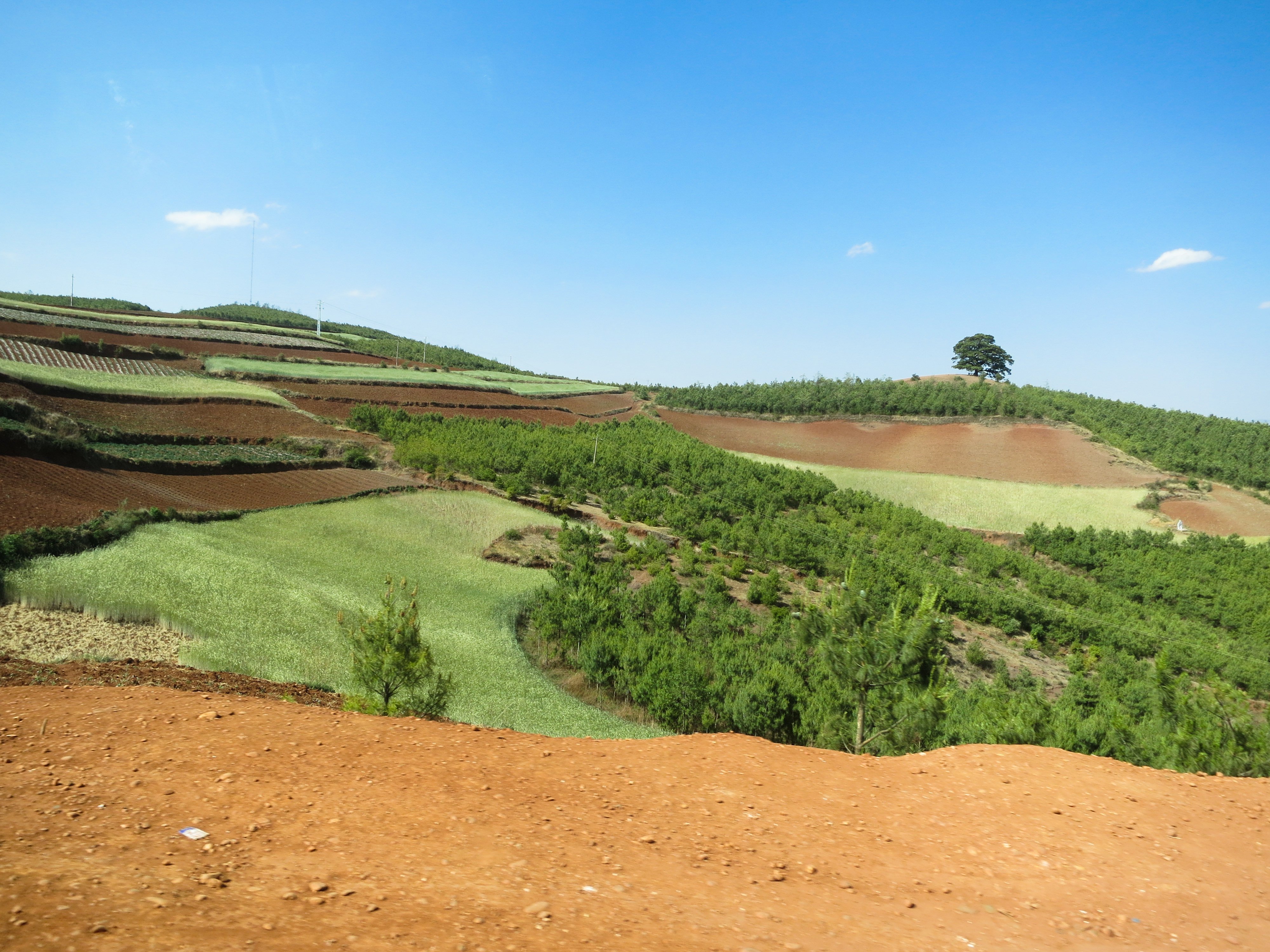 Example of reforestation, or afforestation, as a result of the Conversion of Cropland to Forest Program in southern China.  cifor / flickr.com / CC by SA 2.0

Before turning to results, it is notable that many aspects of this study could have been completed in AppEEARS, the Application for Extracting and Exploring Analysis Ready Samples. AppEEARS currently provides access to similar datasets, including the MODIS VCF, GPW UN-Adjusted Population Density, and SRTM DEM data. Additionally, AppEEARS recently added the MODIS Evapotranspiration (MOD16A2) 8-day composited products. AppEEARS allows you to subset data spatially (point or area), spectrally (only the datasets you are interested in), and temporally (time period of interest). Image 1 shows the AppEEARS Extract Area Sample form subset spatially at the county-level for all of Sichuan Prefecture, a region mentioned in the study as having some of the locally highest rates of both re- and deforestation. The interactive data visualizations that AppEEARS provides are shown in Images 2–5. In addition to the interactive data visualizations, results from AppEEARS are output as GeoTIFF or NetCDF-4 files and CSV files containing summary statistics such as mean, range, and standard deviation, grouped by region of interest, product, and observation.

The study found that AET, slope/elevation, and changes in population density were all important explanatory factors for changes in tree cover. Decreased population density was linked to increased forest cover, and the authors suggest that this might be explained by marginal agriculture land abandonment. Cangxi County, Sichuan Prefecture demonstrates this trend,  showing increased forest cover (Image 2) and decreased population density (Image 3) from 2000–2010. Meanwhile, Wenchuan County, Sichuan Prefecture shows decreased forest (Image 4) and increased population density (Image 5). Overall, the study’s findings show that increases in tree cover in eastern China are associated with low or declining human pressure, steep terrain (slope), and climatic conditions that favor tree growth. China also has enacted measures such as the Slope Land Conversion program, which aims to take marginal farmland with high slopes and convert the land back to forest. Forest cover change is of great concern across the planet as forests are sources of biodiversity and provide myriad ecosystem services to humans. Combining remote sensing-derived datasets from tree cover to elevation to evapotranspiration, along with socioeconomic data such as population density, provides rich opportunities to understand land surface dynamics and the various roles that humans and the environment play in changes in vegetation. AppEEARS simplifies the process of combining geospatial datasets from different sources to help users better understand the dynamics of our planet. 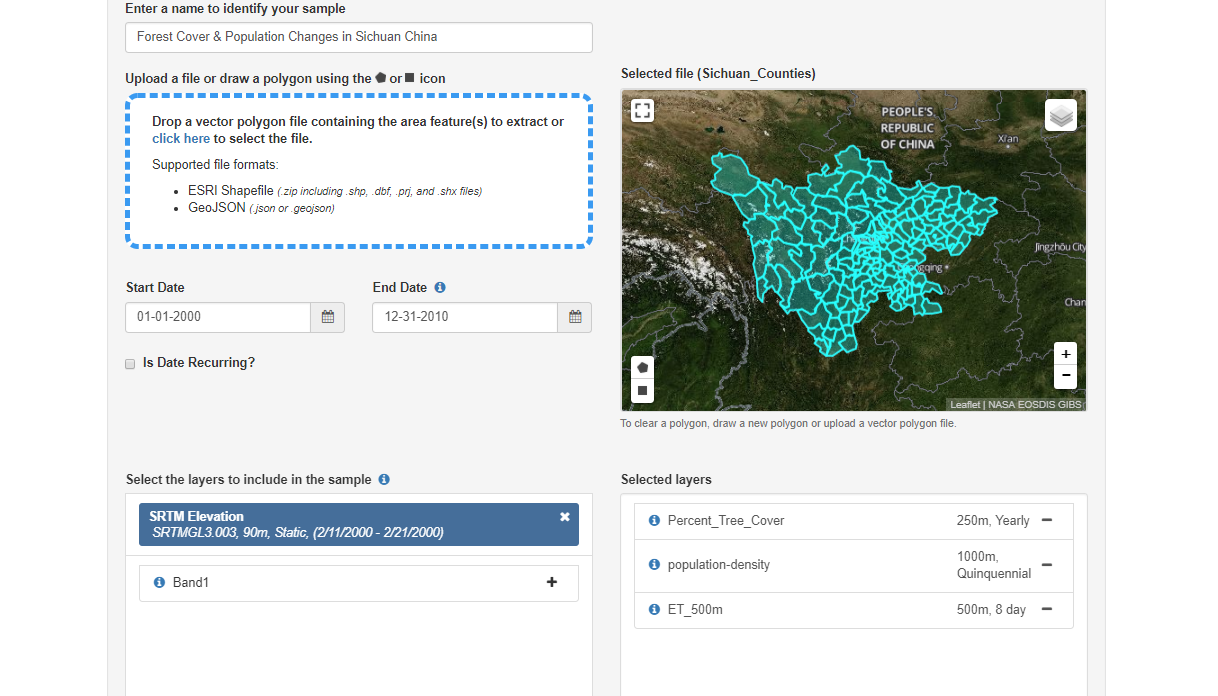 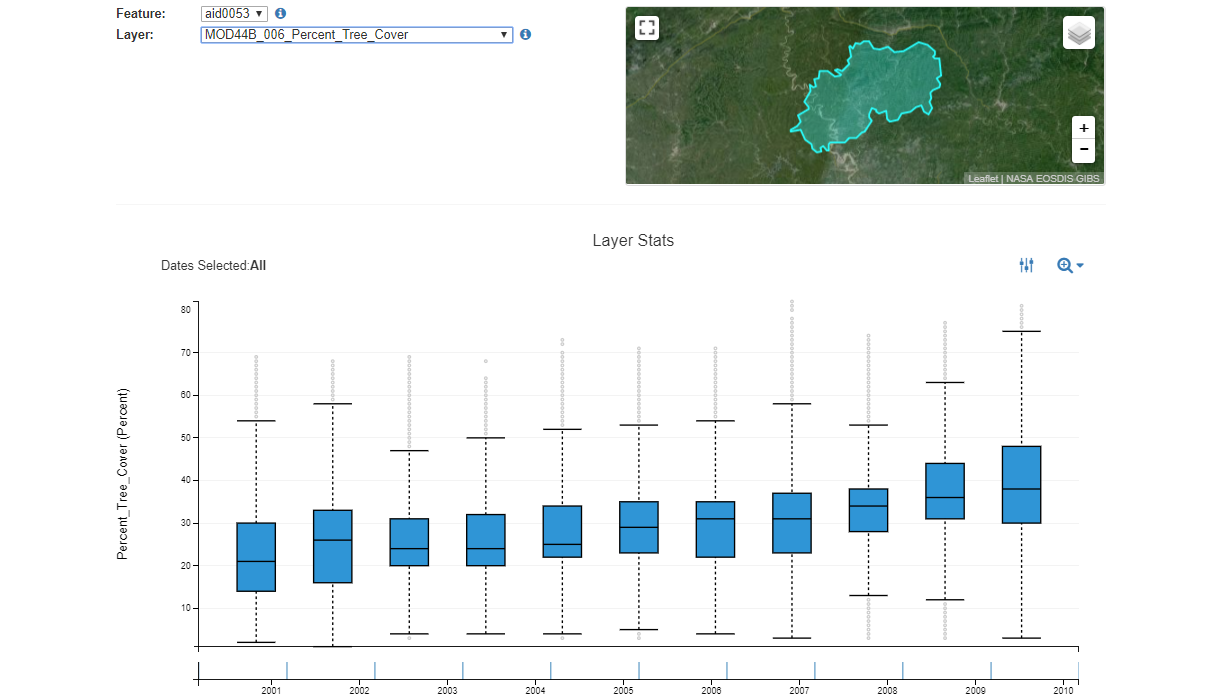 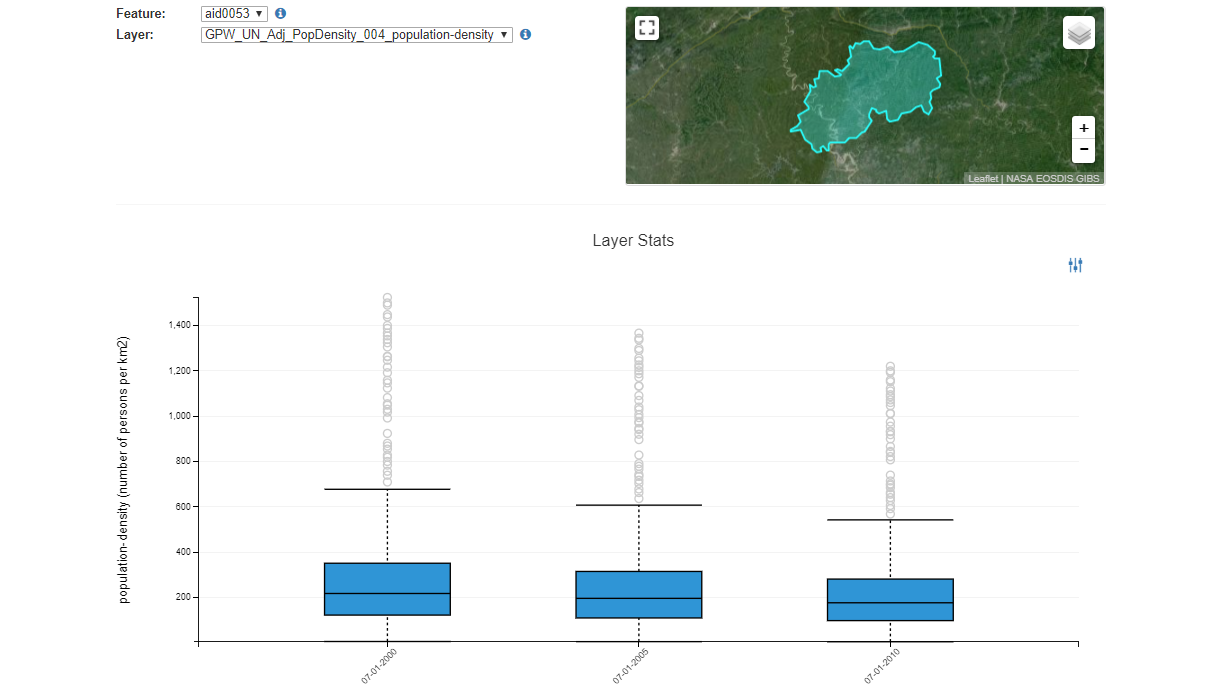 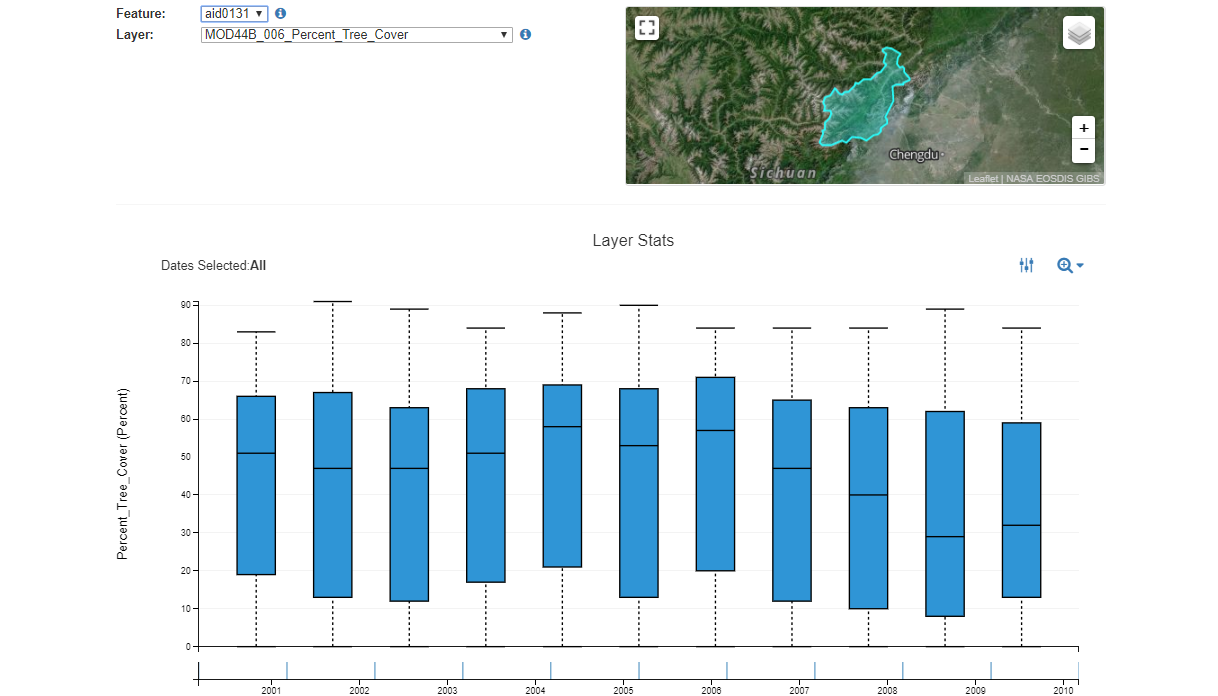 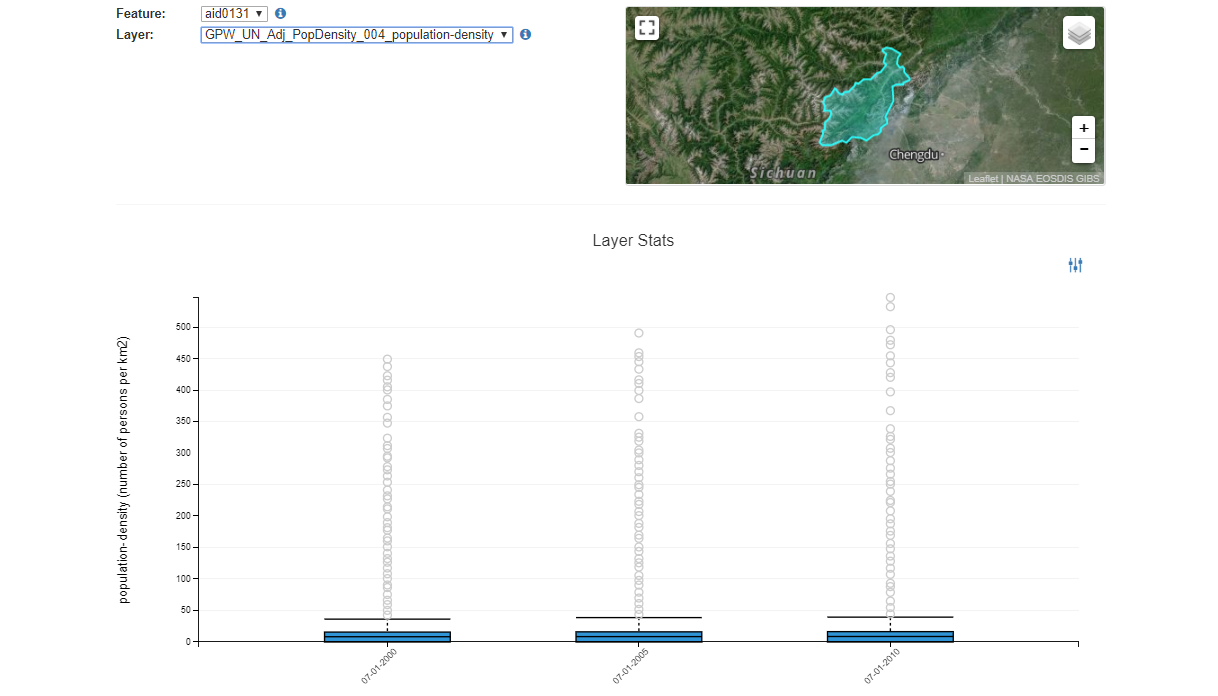