A View from Above: The Aftermath of a Tornado 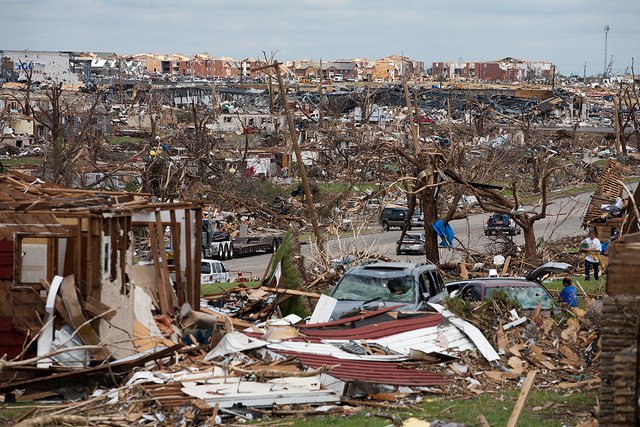 The destruction from the Joplin Tornado was captured by a member of the Ozarks Red Cross a few days after the tornado hit the town.

Approximately 1,200 tornados hit the United States every year. Tornados most frequently occur between March and July, with May being the most active month. This year marks the five-year anniversary of a particularly intense tornado season that produced 1,691 tornados. The deadliest and costliest tornado in the United States’ modern history struck Joplin, Missouri during this season. The tornado track, the damage it caused, and the recovery that has occurred since has been captured by Terra’s Advanced Spaceborne Thermal Emission and Reflection Radiometer (ASTER).

On May 22, 2011, a supercell thunderstorm in Joplin produced an EF-5 tornado with wind speeds faster than 320 kilometers (200 miles) per hour. While most tornados are barely on the ground longer than 10 minutes, this tornado lasted for a total of 38 minutes. In that time, the tornado covered 35.6 kilometers (22.1 miles), and in some areas reached 1.6 kilometers (1 mile) in width. The tornado claimed the lives of 158 people, injured over 1,150 others, and caused $2.8 billion in damage. The tornado damaged 30 percent of the city, destroying or severely damaging 7,000 homes, 500 businesses, half of the school district, and the St. John’s Regional Medical Center hospital. A total of approximately 2.3 million cubic meters (3 million cubic yards) of residential debris was produced. Click through the ASTER Level 1 Precision Terrain Corrected Registered At-Sensor Radiance (AST_L1T) images below to examine the area before the tornado, after the tornado, and what the area and tornado scar look like five years later.

ASTER’s visible and near-infrared data have 15-meter spatial resolution that can be used to detect a tornado’s path and determine the extent of damage; elements of a tornado that may not be recognizable from ground-level surveys. 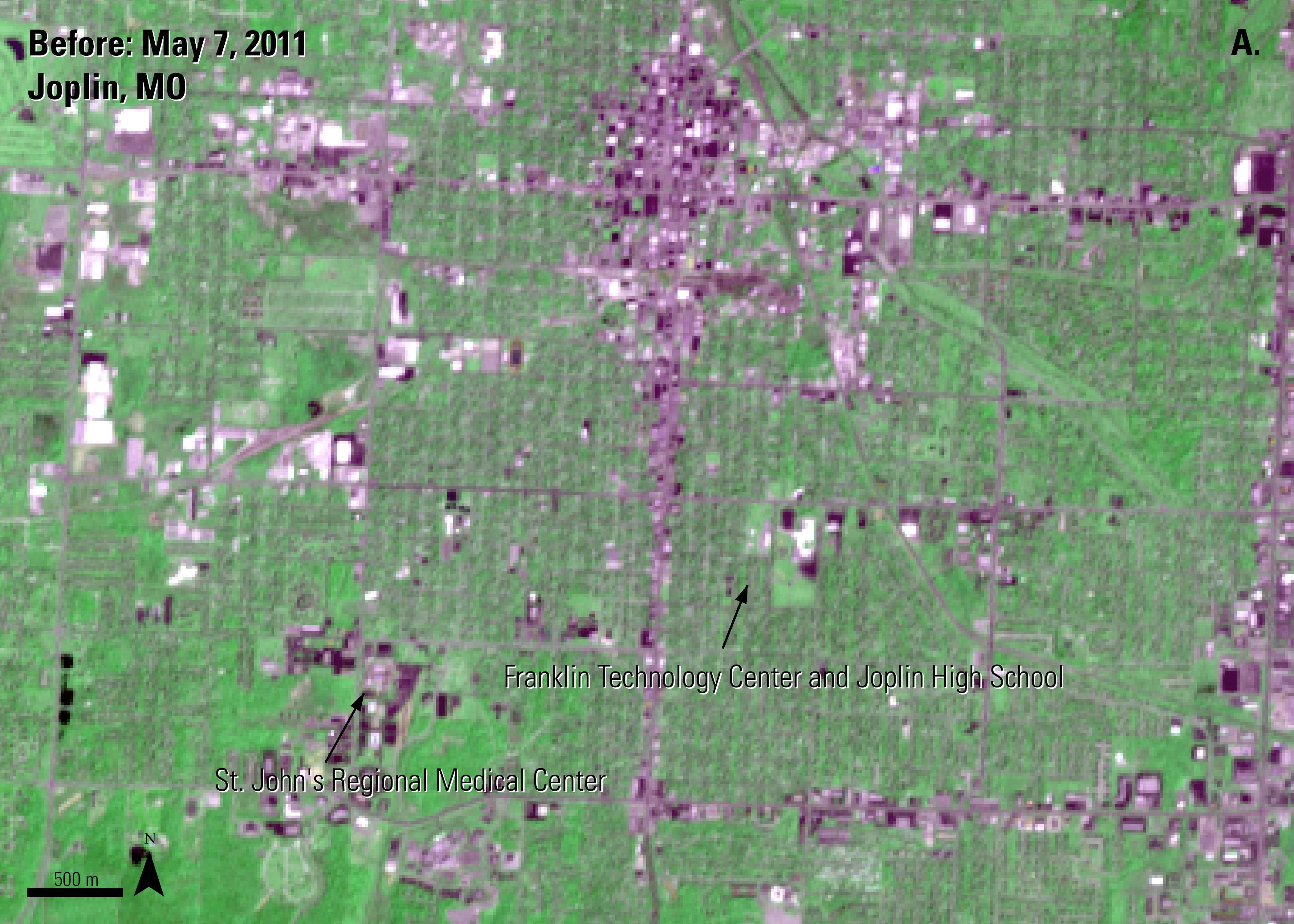 In this image you can see the city as it stood a few weeks before the tornado hit. 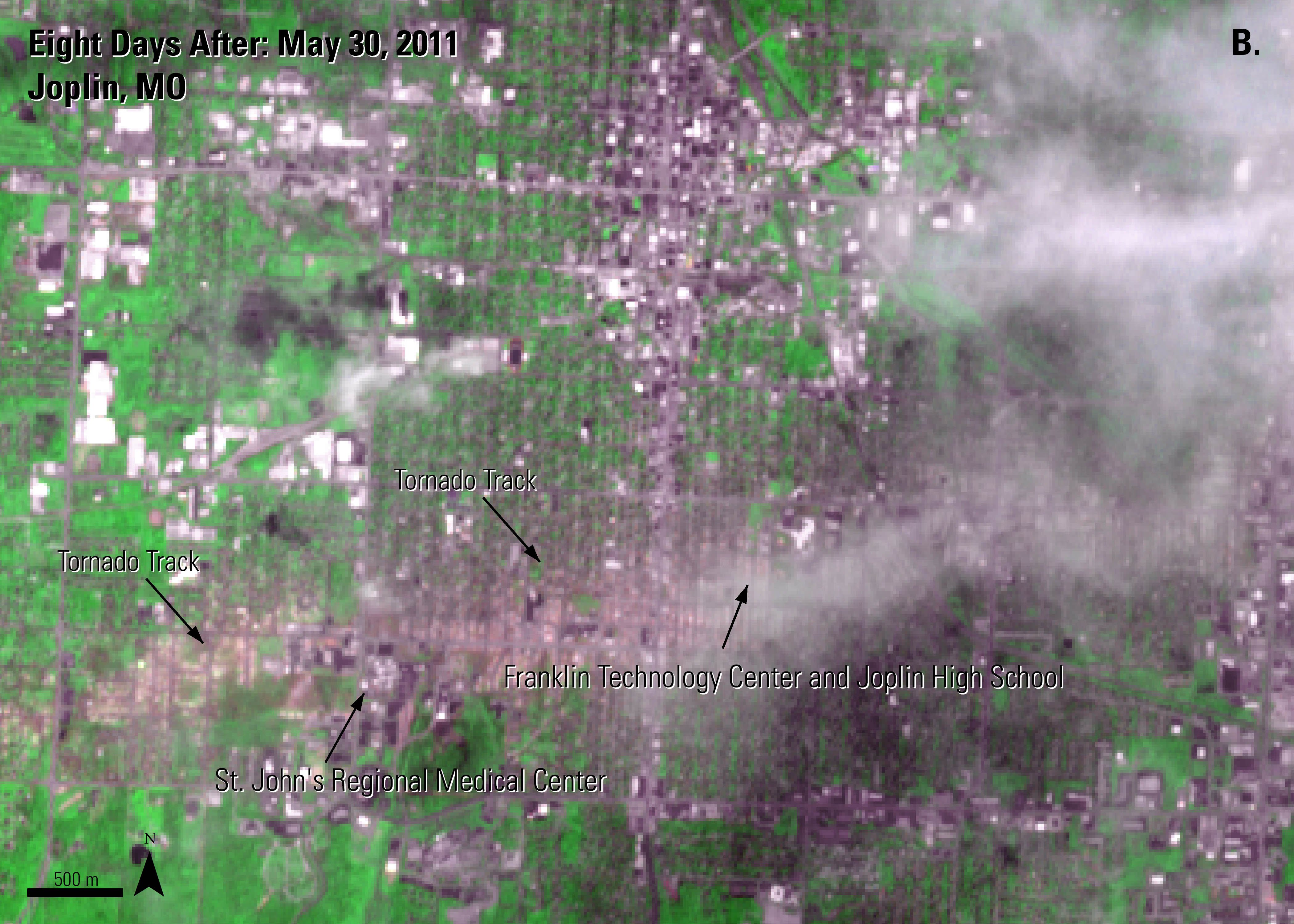 Approximately 7 kilometers (4.3 miles) of the tornado track is visible in this image. 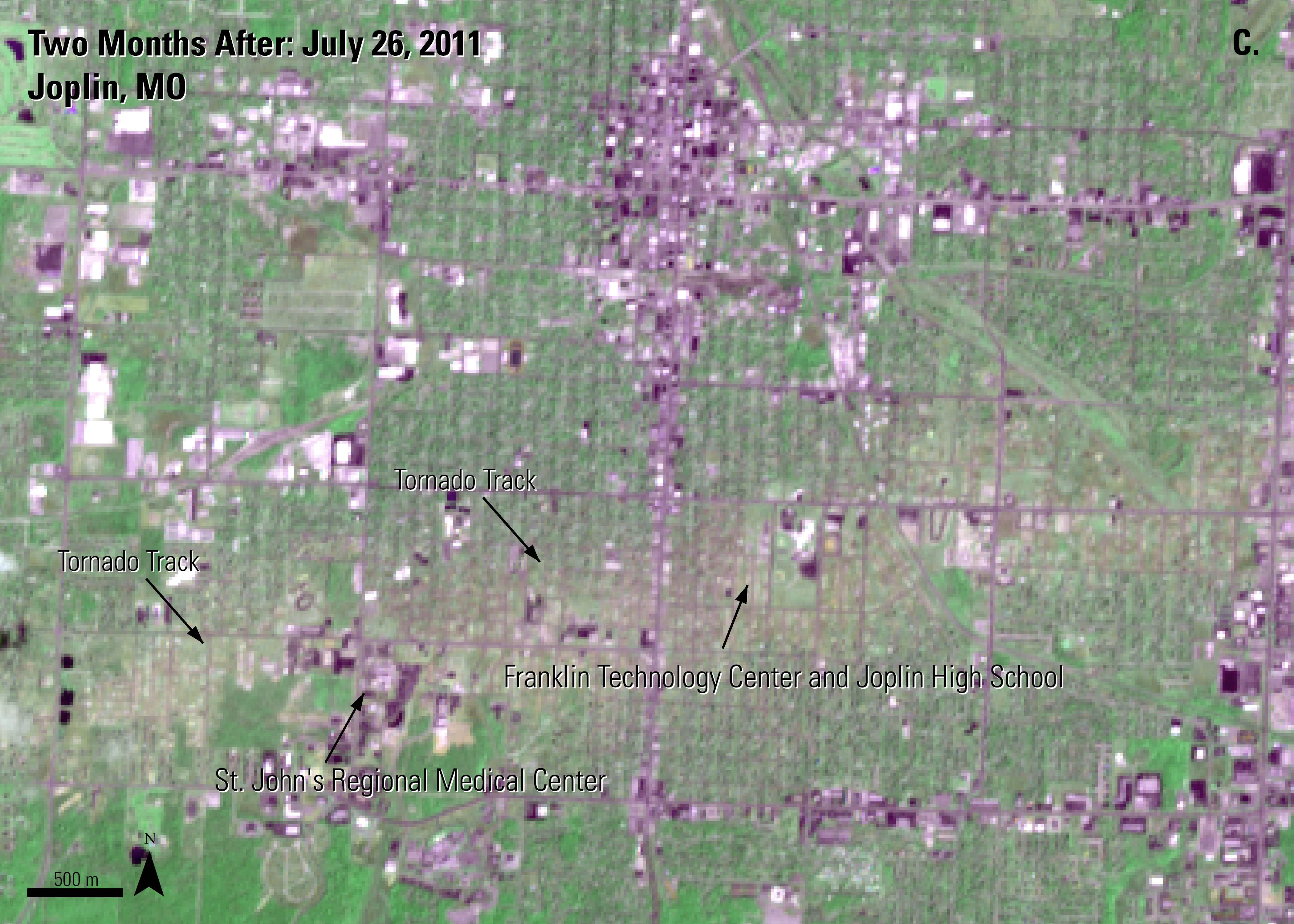 The tornado scar is still visible two months after the tornado. In this image you can also see some of the damaged structures in the area, including the St. John’s Regional Medical Center, the Franklin Technology Center, and Joplin High School. 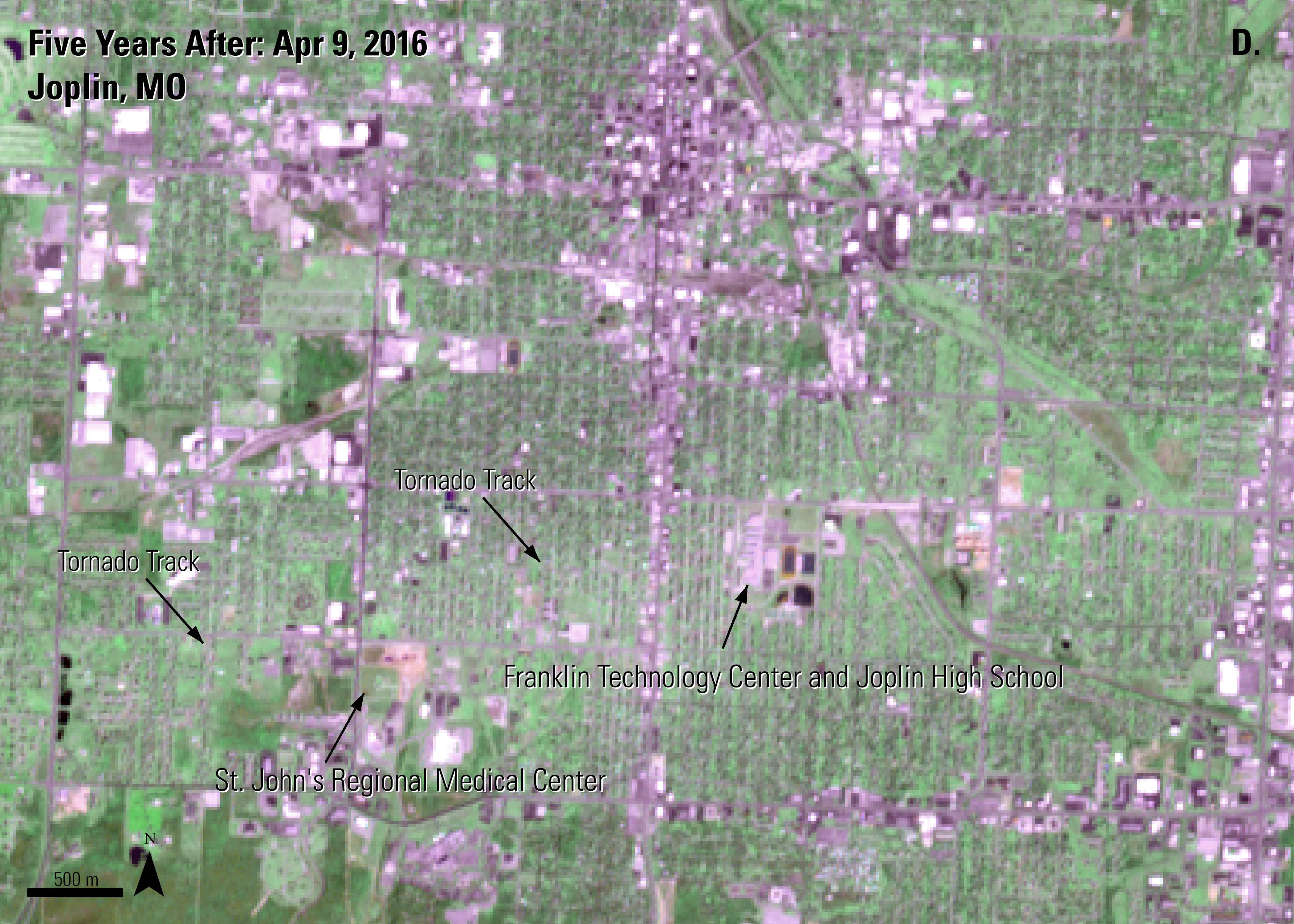 Five years after the tornado the scar is still slightly visible in the green vegetation. The site of the damaged St. John’s Regional Medical Center is now visibly bare after the hospital was declared structurally unsafe and demolished. The new Franklin Technology Center and Joplin High School schools are also visible in this image. They were built to replace the previous schools that were destroyed by the tornado.

National Oceanic and Atmospheric Administration, 2016, The online tornado faq, accessed May 5, 2016, at http://www.spc.noaa.gov/faq/tornado/index.html.