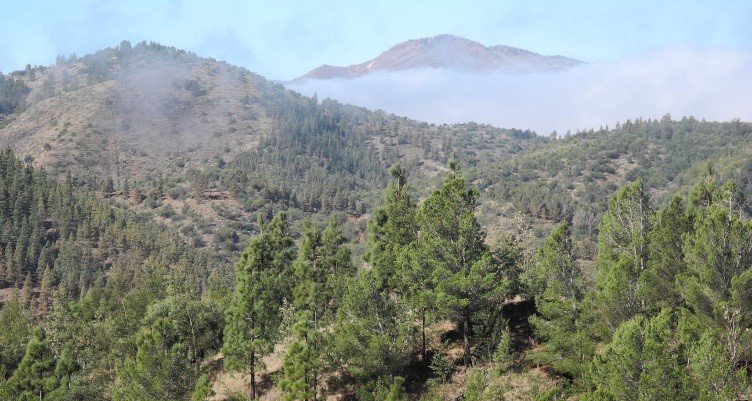 Rapid population growth in the West Africa region has caused dramatic changes across its landscapes since the 1970s. To study these changes, the atlas Landscapes of West Africa: A Window on a Changing World was created as a joint effort between the U.S. Geological Survey (USGS), the U.S. Agency for International Development (USAID), and the Comité Inter-états de Lutte contre la Sécheresse dans le Sahel (CILSS). The atlas uses a combination of satellite remote sensing data, aerial imagery, and ground images from 1975, 2000, and 2013 to illustrate both detrimental changes and positive responses to environmental challenges in 17 countries in the region. The digital version of the atlas is available to the public, and printed copies have also been provided to government and policy making officials to learn from the history of the area and provide insight for planning a sustainable future.

One of the sources of imagery used in the atlas is the Terra Advanced Spaceborne Thermal Emission and Reflection Radiometer (ASTER). At 15-meter resolution, the visible and near-infrared (VNIR) imagery is used to show historical changes since 2000 for several smaller countries in the region at a high level of detail. The authors used visual interpretation methods and applied their firsthand knowledge of the landscapes to map land use and land cover from the ASTER imagery. Visual interpretation also includes physical, biological, and human components and relies on interpretation of shapes, sizes, patterns, colors, tones, textures, shadows, and geographic context within each ASTER scene to provide highly accurate land use and land cover maps.

ASTER data were used to map land cover in several countries, including Cabo Verde. Cabo Verde is an archipelago off the west coast of Africa near Senegal. In the atlas, Cabo Verde represents an example of a positive landscape change in West Africa. After being colonized in the late 1400s, Cabo Verde’s fragile environment began to experience severe deterioration due to livestock, agricultural production, and introduced species. Small-scale afforestation efforts started in 1928 to combat erosion and other deterioration issues. The islands gained independence from Portugal in 1975 and began larger-scale afforestation programs to even further reverse the land degradation problems. These afforestation efforts focused primarily on the arid zones of Santiago and Santa Antão, the two most populous islands in the archipelago. Some of the afforested areas of Santa Antão can be seen in the ASTER images below. Changes in land cover and land use as a result of the afforestation project are evident in Cabo Verde between 2000 and 2013. Cabo Verde is seen as a positive response to environmental change because the afforestation efforts improved the areas by providing more vegetation and reducing desertification, creating goods that support the local needs while alleviating pressure on the natural forests in the area, and increasing the diversity of the landscape in the archipelago. The afforestation efforts resulted in an increase in forest over 7 percent of the total country area, about 300 square kilometers. More detailed information on how the land cover and land use changed on the island, and the land cover and land use maps created by the researchers using ASTER data, can be found in the “Land Use, Land Cover, and Trends in Cabo Verde” section in the atlas. 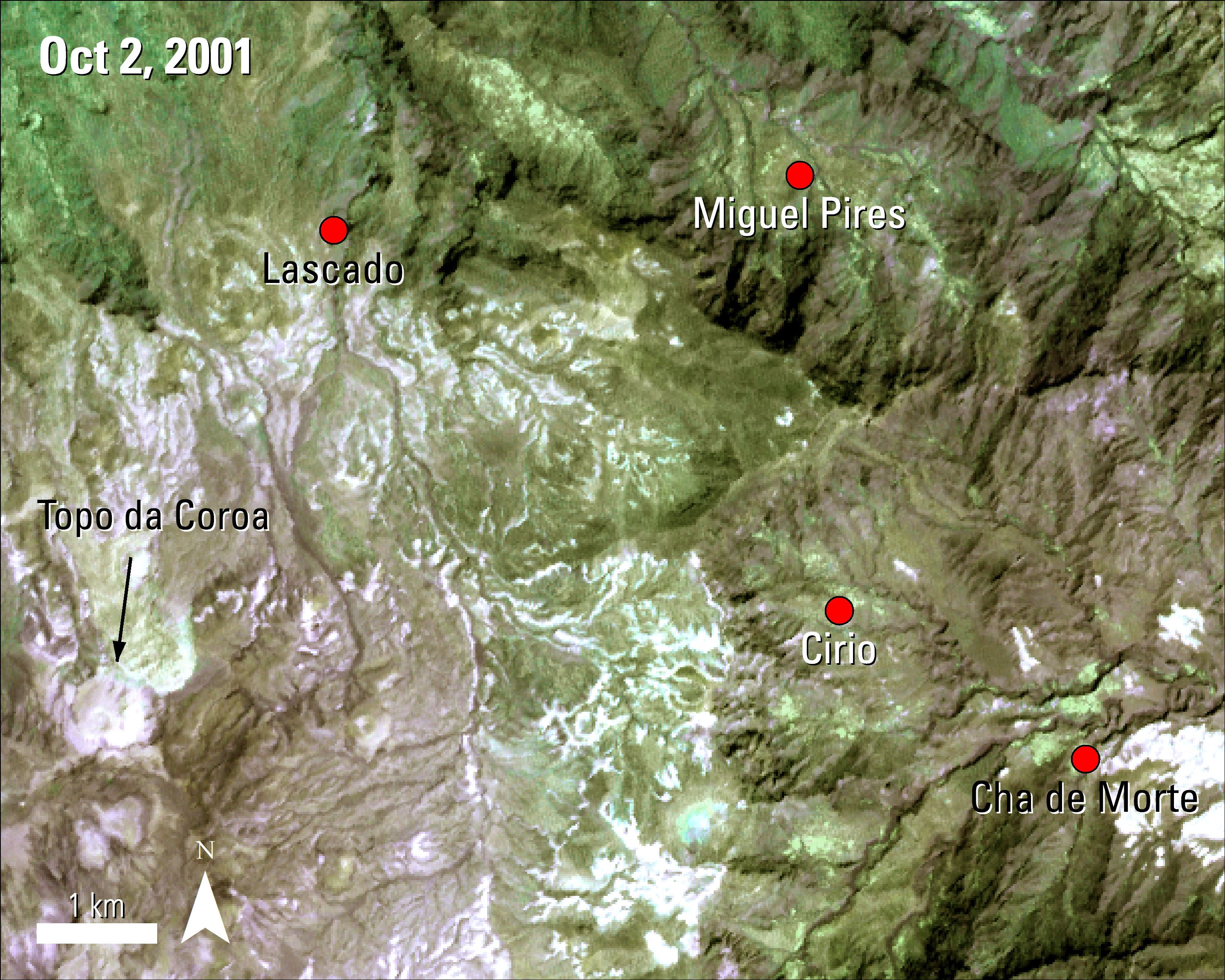 An ASTER image of Santa Antão from Oct. 2, 2001, 26 years after the beginning of the large afforestation project. 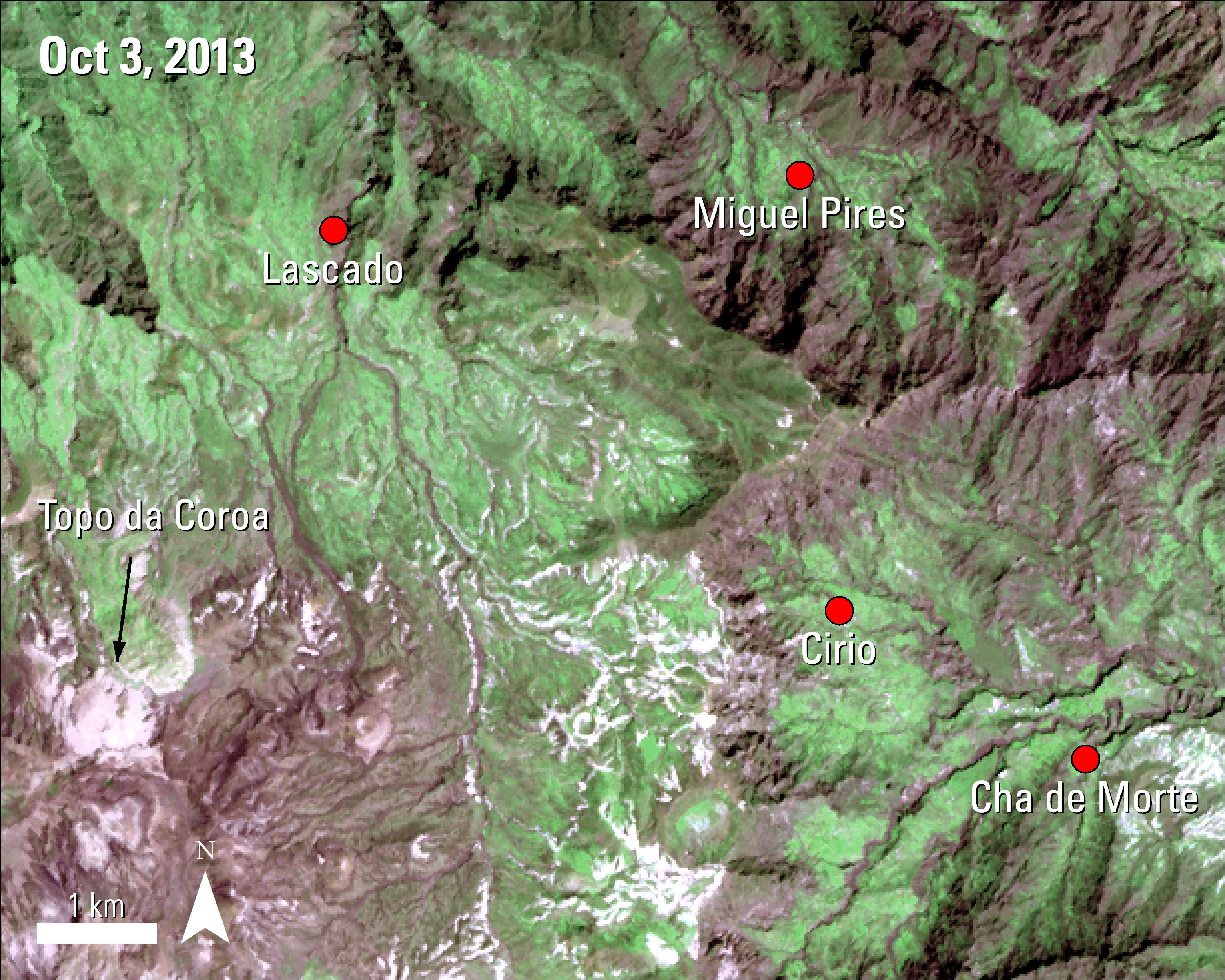 An ASTER image of the same area captured 17 years and 1 day after the previous ASTER image. This image shows an increase in forests on the slopes of the islands.