Will Cape Town Run Out of Water?

AppEEARS graph showing the trend in NDVI values in the area surrounding the Theewaterskloof dam between January 2014 to April 2018.

Did you know that a booming, modern metropolis like Cape Town, South Africa, could completely run out of water? A three year drought, a rapidly growing population, and changes in climate have this vital economic and tourism hub scrambling to solve a looming water crisis.

The Theewaterskloof Reservoir supplies water to nearly half of the 3.75 million residents of Cape Town; however, its water levels have become significantly reduced between 2014 and 2018. Cape Town’s water shortage began in 2015 when the lack of rainfall that year led to unexpectedly low water levels in the city’s key reservoirs. The shrinking water levels can be monitored from space using publicly available satellite imagery. For instance, at the end of the rainy season (April–October) in 2014, the Theewaterskloof Reservoir was close to 90 percent capacity, as can be seen in data acquired from the Terra Advanced Spaceborne Thermal Emission and Reflection Radiometer (ASTER) Level 1 Precision Terrain Corrected Registered At-Sensor Radiance (AST_L1T) on December 22, 2014. The ASTER L1T images in the slider below aid in visualizing the reduction in water levels in the following years, whereby dramatic differences are revealed between December 2014 and April 2018.

Satellite-derived vegetation indices can also be used to analyze water availability and rainfall patterns. The Normalized Difference Vegetation Index (NDVI) is widely used to assess and monitor vegetation health, and studies have shown that NDVI is a good indicator of drought. For instance, Assaf Anyamba, from the NASA Goddard Earth Sciences Technology Center, analyzed NDVI values during non-drought and drought conditions and found that values in the South African district of Lejweleputswa were lower in the first half of the 2015–2016 growing season compared to mean values from 2001 to 2015. A similar analysis can be done to observe changes in the area surrounding the Theewaterskloof Reservoir during a period of non-drought conditions in 2014 and drought conditions in 2015 to 2017 using the Application for Extracting and Exploring Analysis Ready Samples (AρρEEARS). Using AppEEARS, a time-series of NDVI values over a specific area can be generated with the Terra Moderate Resolution Imaging Spectroradiometer (MODIS) NDVI data product (MOD13Q1). In the graph below, the trend in NDVI values follows seasonal rainfall patterns. Lower NDVI values are found during the rainy seasons of 2015 through 2017 compared to 2014. For instance, the graph below shows that the range of NDVI values between April and October 2014 were more narrowly distributed, with higher values (0.06 to 0.88) during non-drought conditions, meaning healthier vegetation, as compared to April to October 2017, which shows a much wider distribution with lower NDVI values (-0.18 to 0.89) during drought conditions.

Due to the success of swiftly imposed water restrictions and the borrowing of water from Cape Town’s neighboring areas, the water crisis has been temporarily averted. The city is not completely in the clear, however, as uncertainty remains regarding the behavior of this year’s rainy season along with the continued enactment of water conservation practices. Terra ASTER and MODIS NDVI data can be continually used to monitor the water situation in Cape Town and other vulnerable areas across the globe. 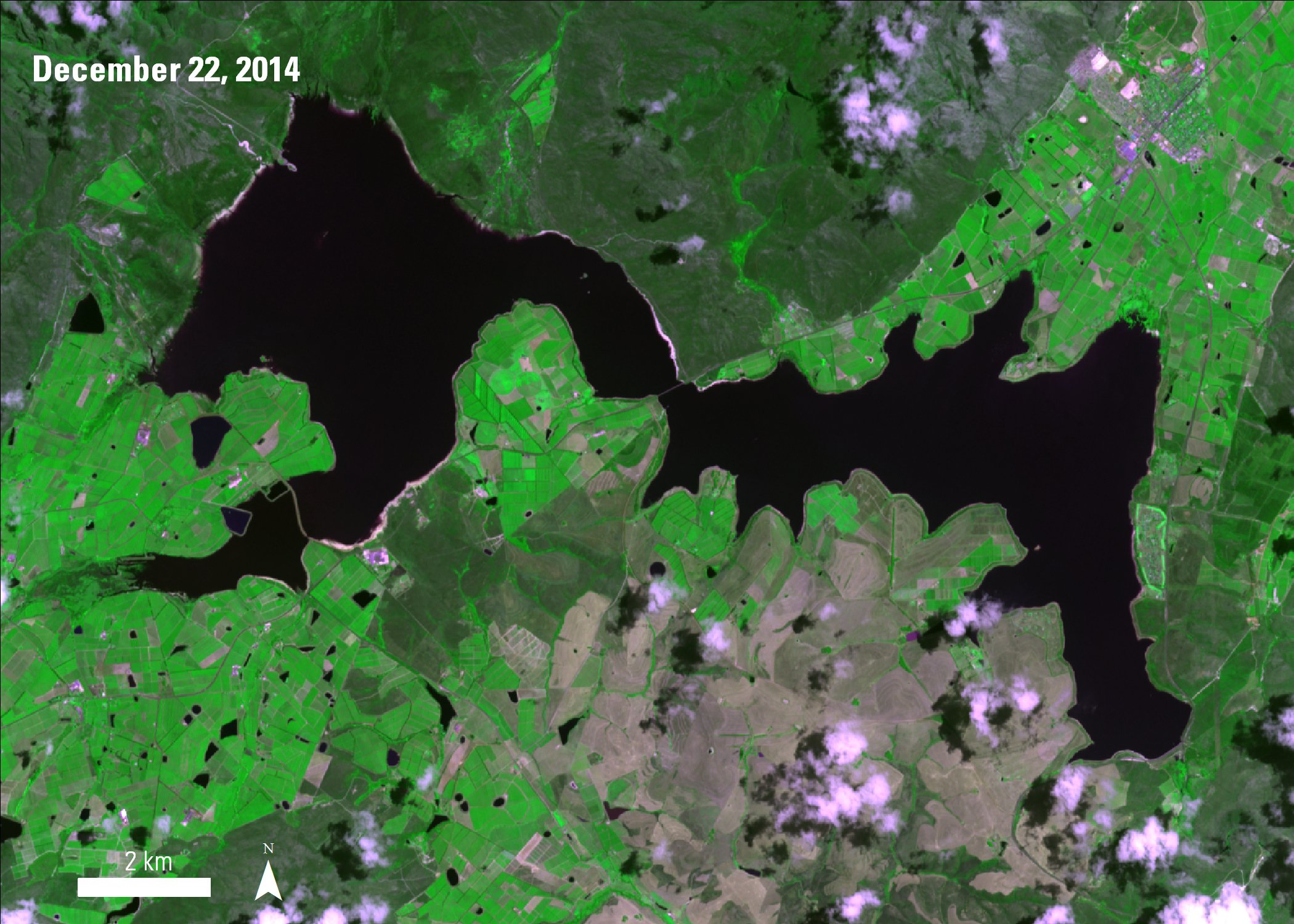 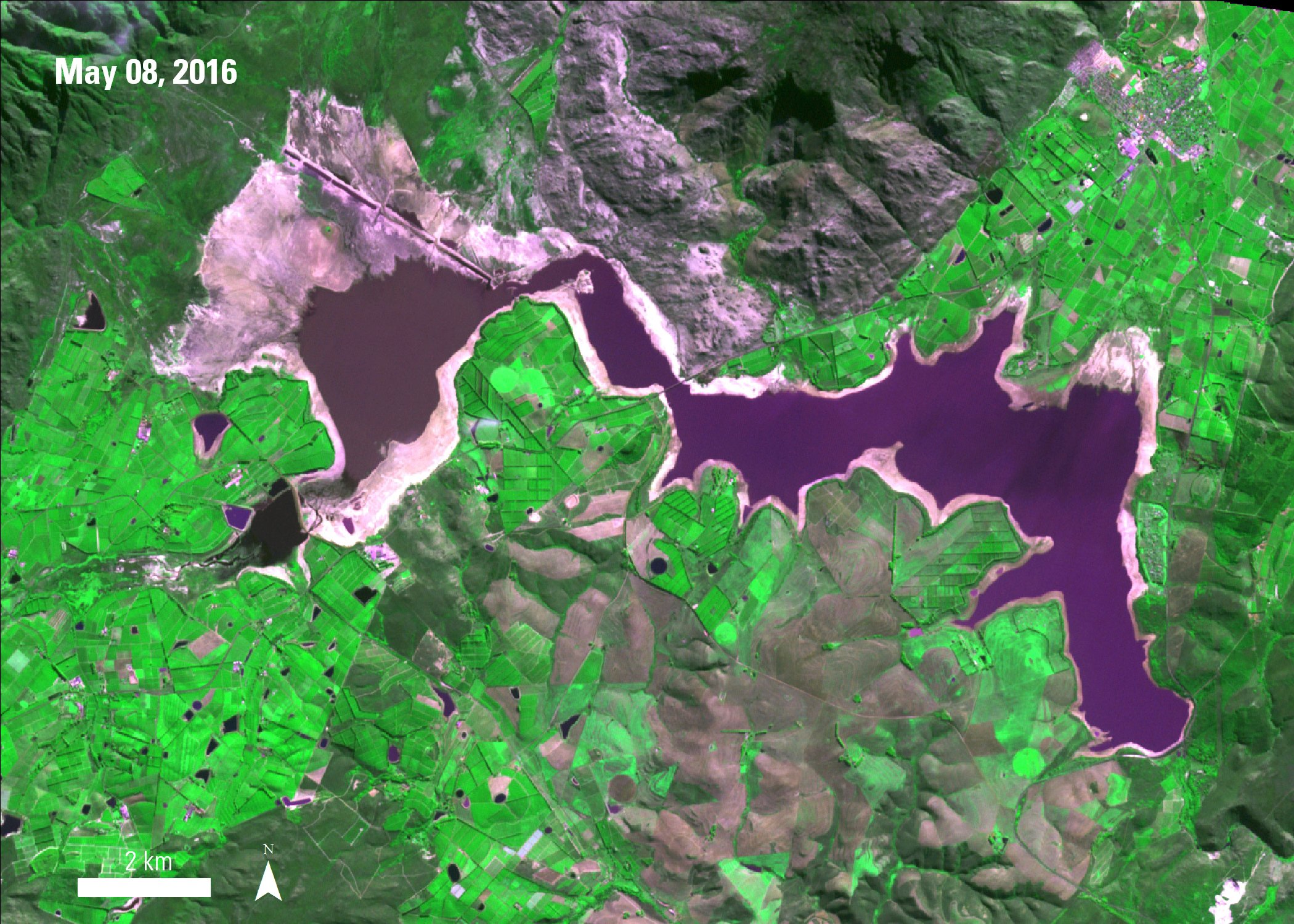 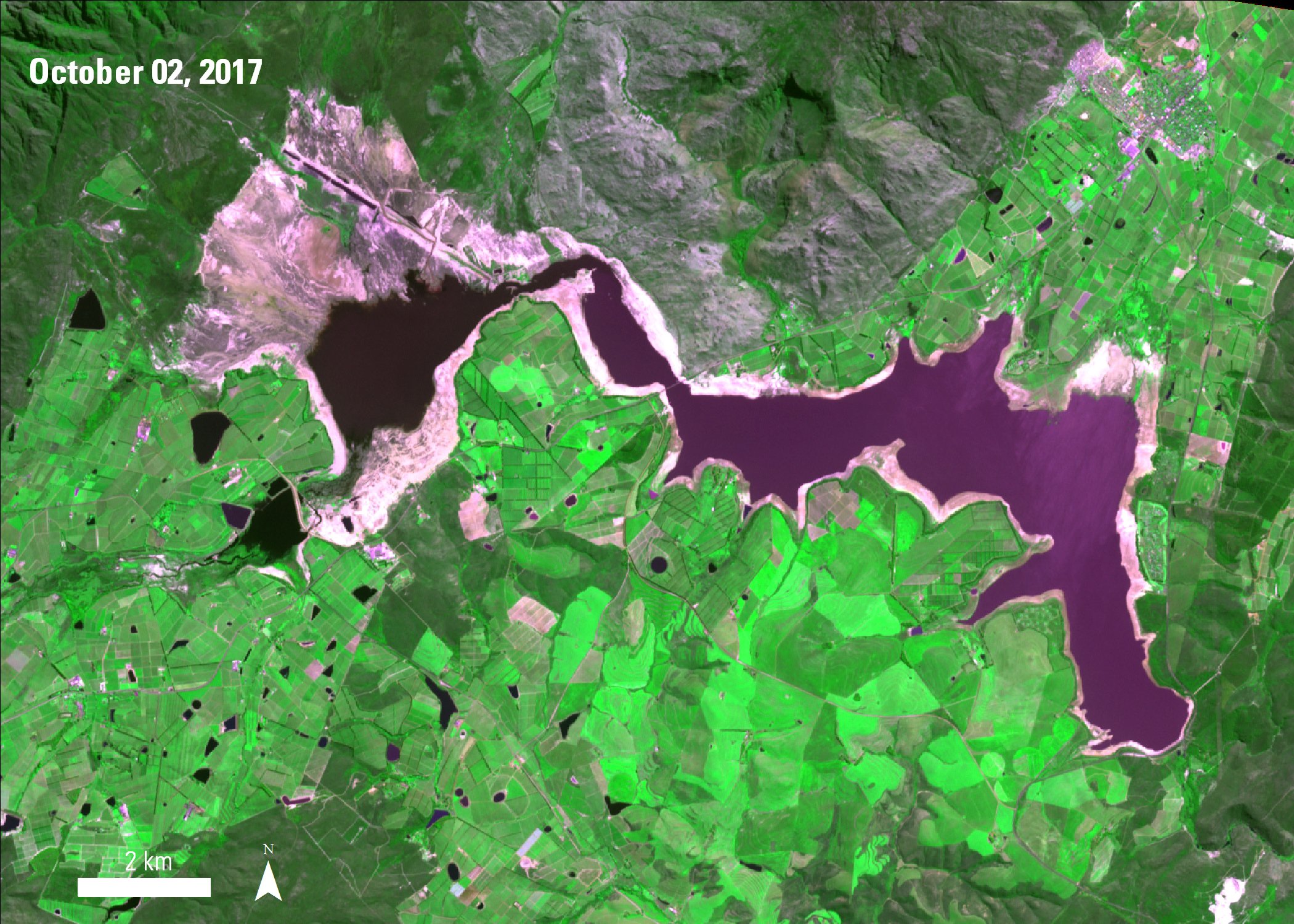 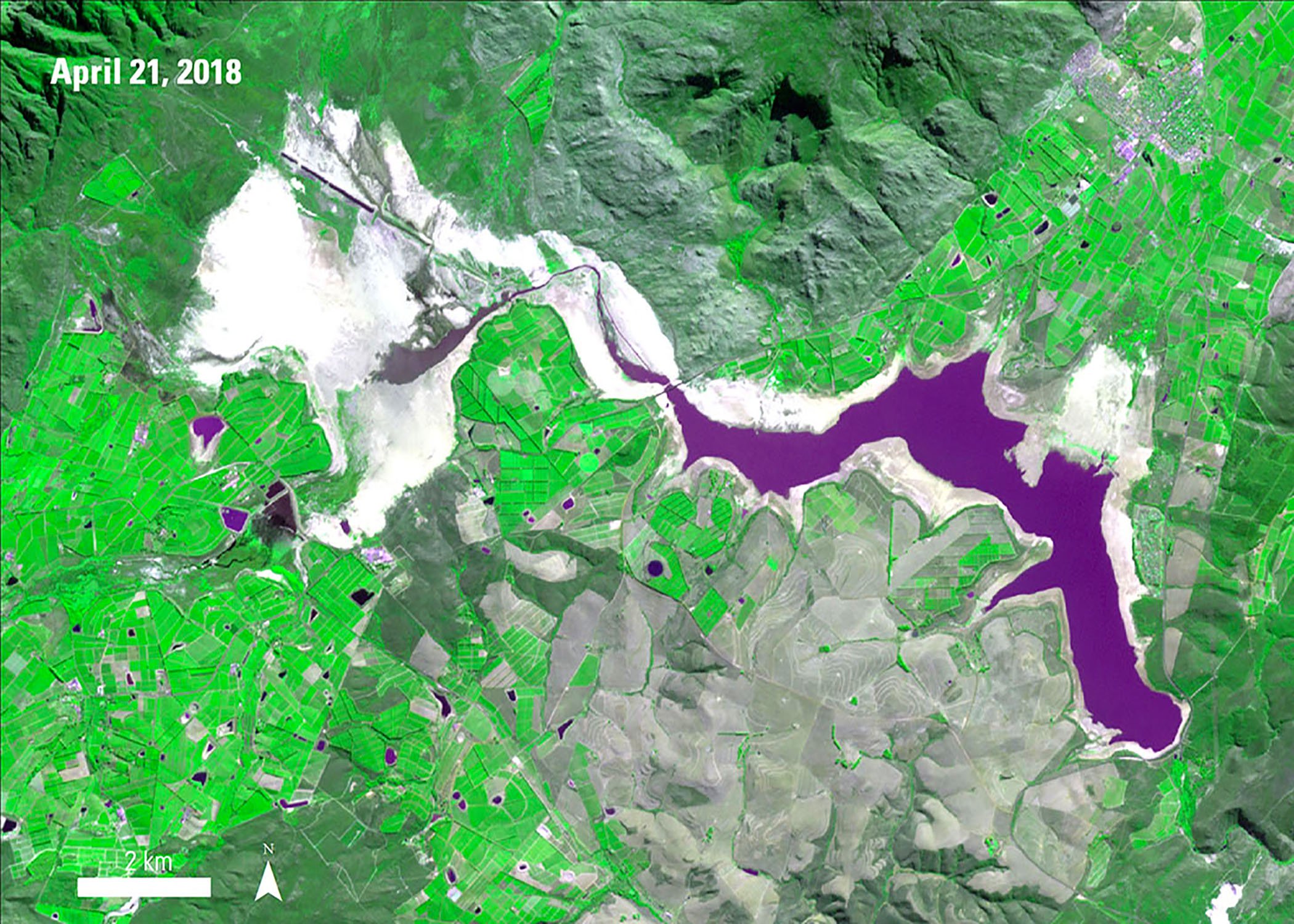