Highlights from the Literature: July to September 2014

Data products from the Land Processes DAAC are used in many different applications to serve as modelling tools, to illustrate and detect changes in landscape, and to assess variables of ecosystems, among others. Examples of these data applications can be found in the published literature. Below are highlights from some recently published articles, which feature data that are archived at the LP DAAC, and a more exhaustive list is available here. 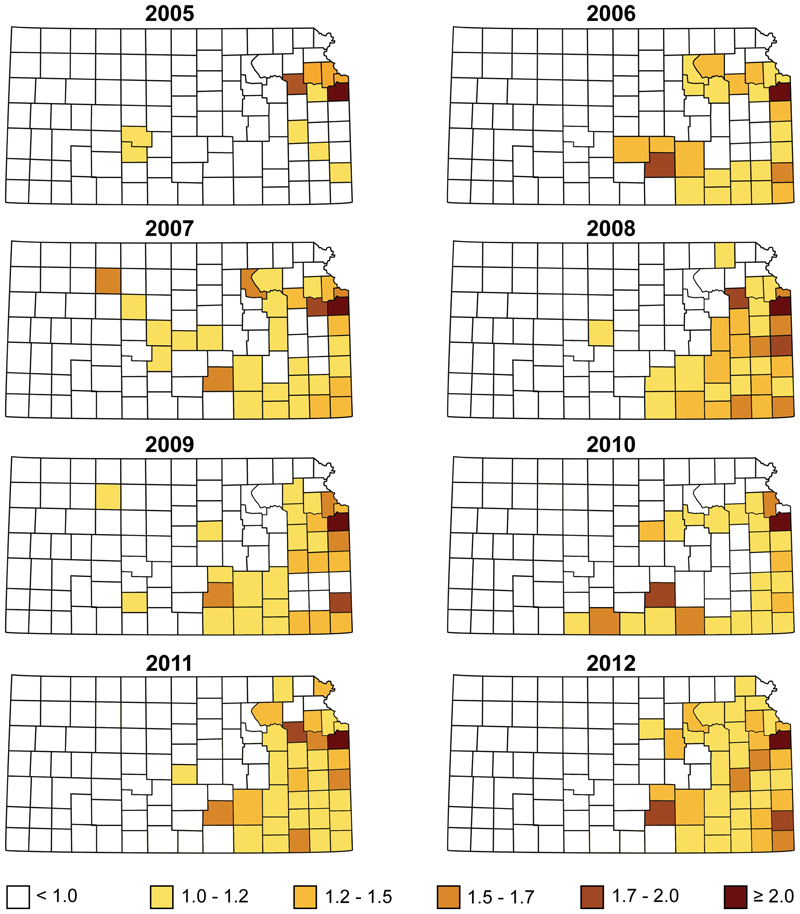 Maps showing the smooth posterior relative risk for HME, by county, in Kansas from 2005 to 2012. These results reflect the results of a model that considered environmental, climatic, and socio-economic predictors. Raghavan et al., 2014, CC BY 4.0 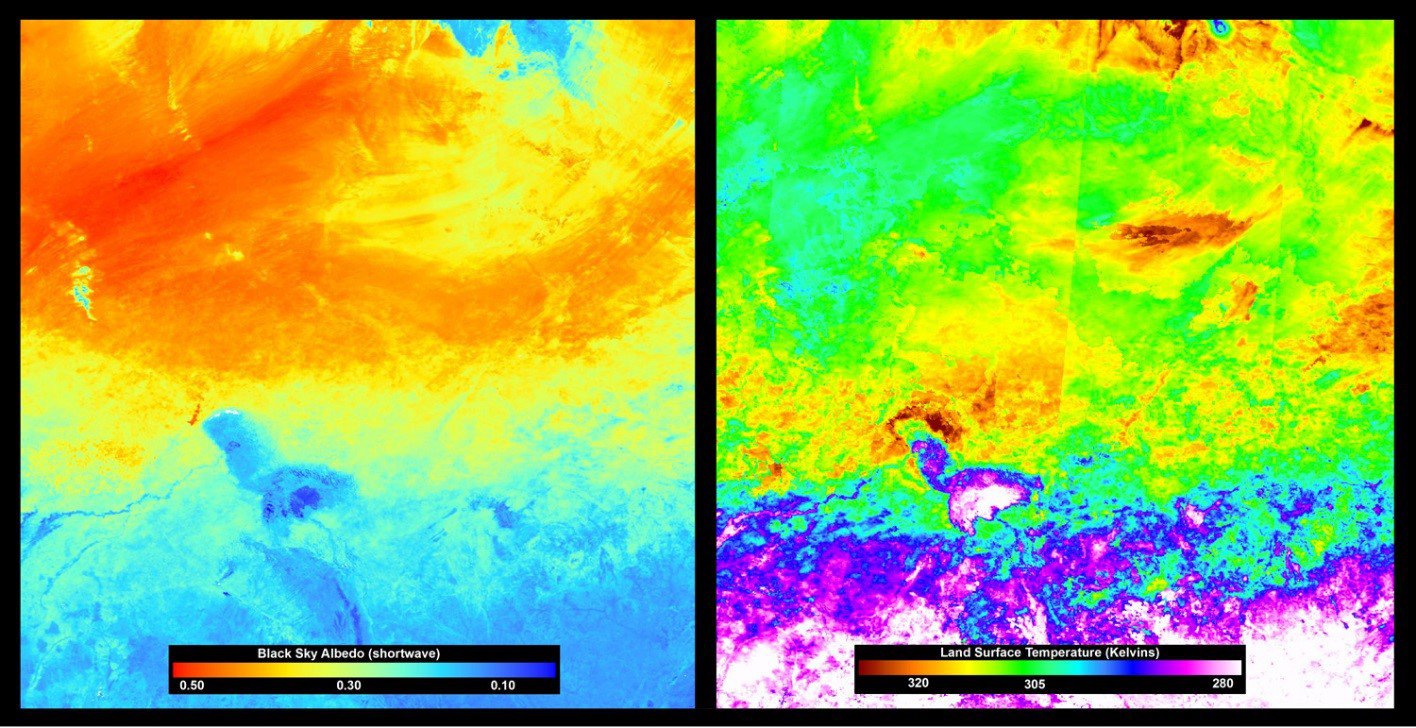 Shortwave Black sky albedo (Layer 10, MCD43B3) and land surface temperature (Layer 1, MOD11A2) over part of the study area. The Sahara Desert is featured in the top portion of the images and Lake Chad is near the center of the image. 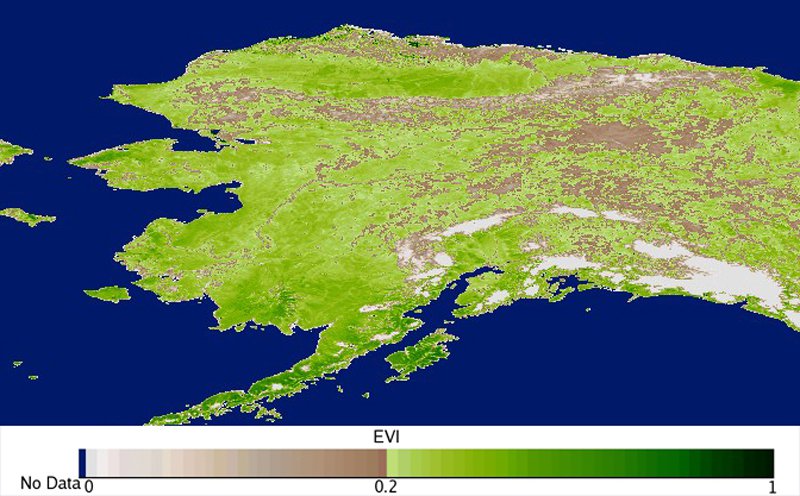 MOD13C2 image of EVI values for Alaska from September 2010.

MODIS data was used to track the spatial and temporal patterns of the Human Monocytic Ehrlichiosis (HME) infection in Kansas, USA from 2005 to 2012. The HME infection is caused by the Ehrlichia chaffeenisis bacterium carried by the Lone Star tick and infects humans through its bite. Symptoms of the infection can range from mild to fatal; HME has been a reportable disease in Kansas since 2000. The authors were seeking to understand the relationship of when and where infections were occurring to environmental, climatic and socio-economic variables. MODIS land surface temperature (LST) and Normalized Vegetation Index (NDVI) data were used as climate variables in the modelling process. The study found that the prevalence of HME has spread in a northwesterly progression across the state of Kansas for the years 2005 to 2012 and that occurrence is affected by environmental, climatic and socio-economic variables. The study also identified previously unknown risk factors for HME.

Daily evapotranspiration (ET) can be estimated by using the evaporative fraction (EF), which is the ratio of latent heat to available energy at the Earth’s surface. This study assessed a 2.9 km2 area of Niger and Chad in Africa, spanning the Sahara Desert, the Sahel, and the Sudanian savanna, over a 10 year period (2000 – 2009). The aim of the study was to determine the EF of the study area and evaluate it as an indicator of moisture conditions. To calculate the EF, two MODIS products were used: MCD43B3, a 16-day albedo product, produced every 8 days, with 1 kilometer spatial resolution and MOD11A2, an 8-day land surface temperature product with 1 kilometer spatial resolution. Other data products derived from satellite measurements, including rainfall estimation, vegetation and land cover, and dry matter productivity, contributed to analysis and evaluation. The results of this study showed that EF values could be derived for the study area using low resolution satellite data, and are an indicator of moisture conditions for status monitoring of savannah ecosystems in the western African Sahel.

MODIS Enhanced Vegetation Index (EVI) data values from MOD13C2, a monthly vegetation index product with 5,600 meter resolution, were used as one component of a vegetation productivity study in Alaska. The author totaled the monthly EVI values for the growing season (May to September) from 2000 to 2010. This study concluded that over the 11 year study period, warming temperatures have led to an increase in growth rates of both shrubland and tundra vegetation in the eastern boreal zone of interior Alaska.