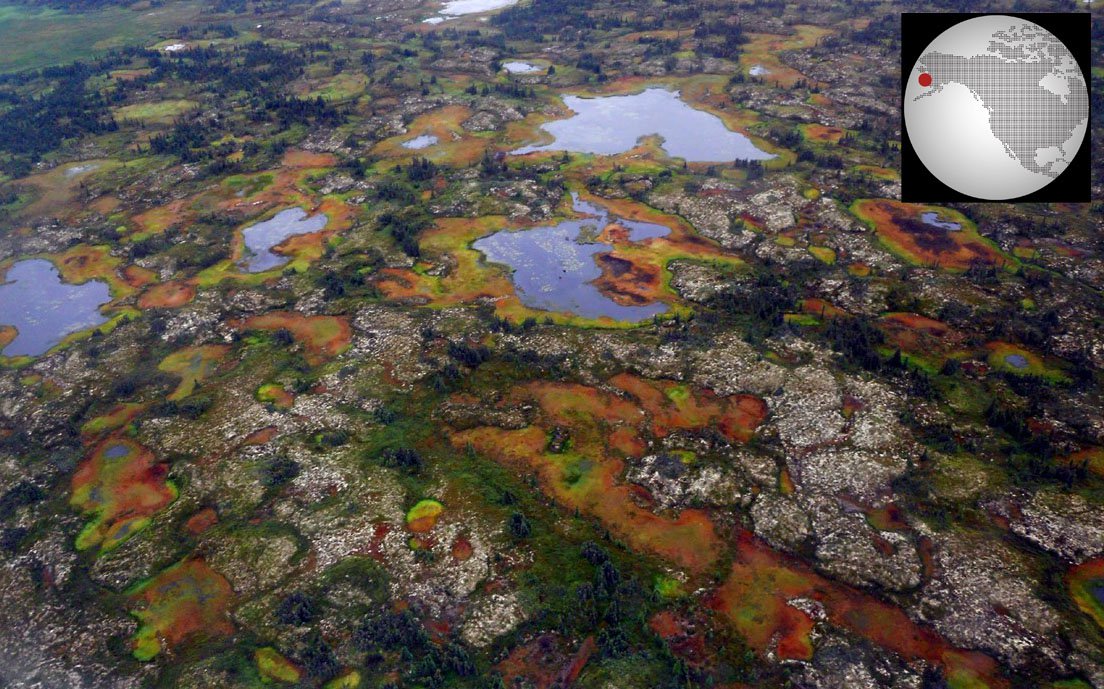 Aerial photo taken over the study area. Land cover type was found to be a positive indication of the presence or absence of permafrost (photo by Neal Pastick).

The distribution of permafrost is generally poorly mapped at regional scales. This presents a problem for resource managers and modelers trying to understand the distribution and extent of permafrost susceptible to a warming climate. To better understand permafrost’s influence on high-latitude ecosystems, researchers are developing methods to map the presence of permafrost. In a 2014 study published in the Journal of Geophysical Research:  Biogeosciences, researchers incorporated field observations, remotely sensed data, biophysical variables, and a decision tree statistical model to produce a probabilistic map of near-surface (defined, in this study, as within 1 meter of the Earth’s surface) permafrost distribution within the Yukon River Basin of Alaska.

One of the remotely sensed products utilized in this study was Web-Enabled Landsat Data (WELD). The WELD project was developed to provide consistent data that could be used to derive land cover as well as geophysical and biophysical products for regional assessments of surface dynamics to study Earth system functioning. WELD produces and distributes a “seamless” consistent mosaic of the conterminous United States and Alaska using Landsat Enhanced Thematic Mapper Plus (ETM+) Level 1 Terrain-corrected (L1T) products from 2003 through 2012. These data are pre-processed and ready for end-users. For this study, researchers used 6 spectral bands along with the vegetation indices derived from WELD to create multi-season, multi-year 30-meter mosaics of the Yukon River Basin. Below are two images within the Yukon River Basin study area. The image on the left is the WELD mosaic, which was one of the many inputs used to derive the near-surface permafrost map. This WELD mosaic is a false-color composite (red, green, blue: 5, 4, 3) with sparsely vegetated/bare ground areas as red or pink, vegetated areas as green, and water as blue. The image on the right is the modeled probabilistic permafrost map of near-surface permafrost distributions. This probabilistic map shows the percentages of near-surface permafrost with low probabilities (0% to 40%) in warm colors (red, orange, yellow) and higher probabilities (50%-100%) in cooler colors (greens and blues).

The quantitative modeling approach used in this study was found to be successful in generating a regional near-surface permafrost map. The distribution of areas estimated to be present or absent of near-surface permafrost contained approximately 46% and 45% of the Alaskan Yukon River Basin. Masked areas (water and developed) accounted for the reaming 9% of the landscape. This modeling approach has the potential to be applied to other high-latitude ecosystems; however, more work is needed to further improve prediction confidence levels.

Use the slider bar to compare the WELD Mosaic with the Probabilistic Permafrost map. 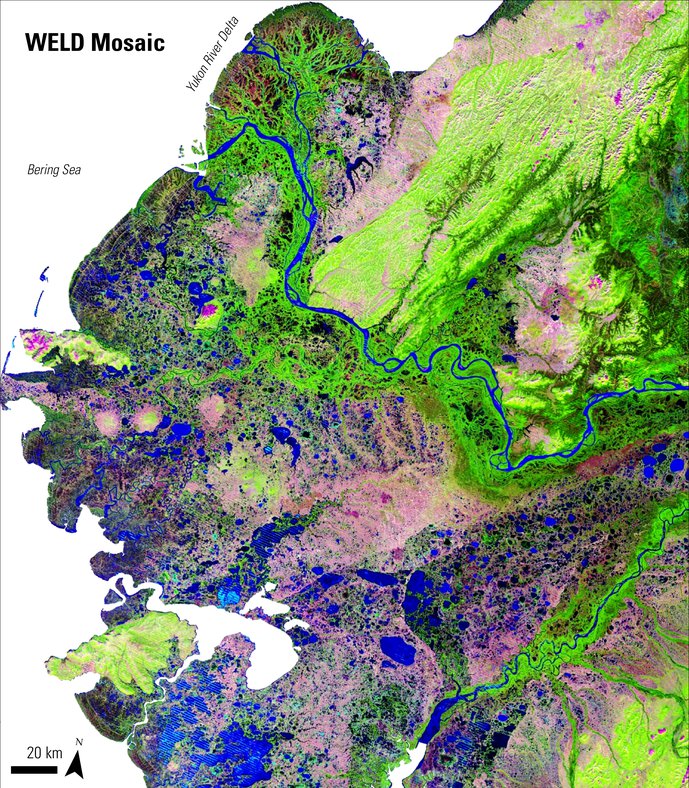 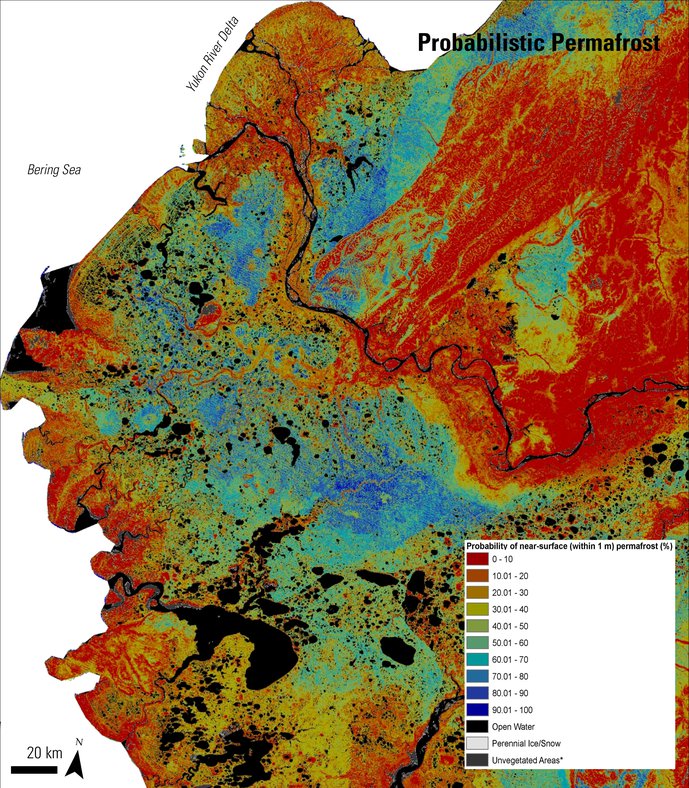 Left Image:  The WELD mosaic of the Yukon-Kuskokwim, Alaskan study area is a false color composite (provided by Neal Pastick).

Right Image:  Derived permafrost map product. The WELD mosaic was one of the data inputs used to create this probabilistic near-surface permafrost map of the study area (provided by Neal Pastick).