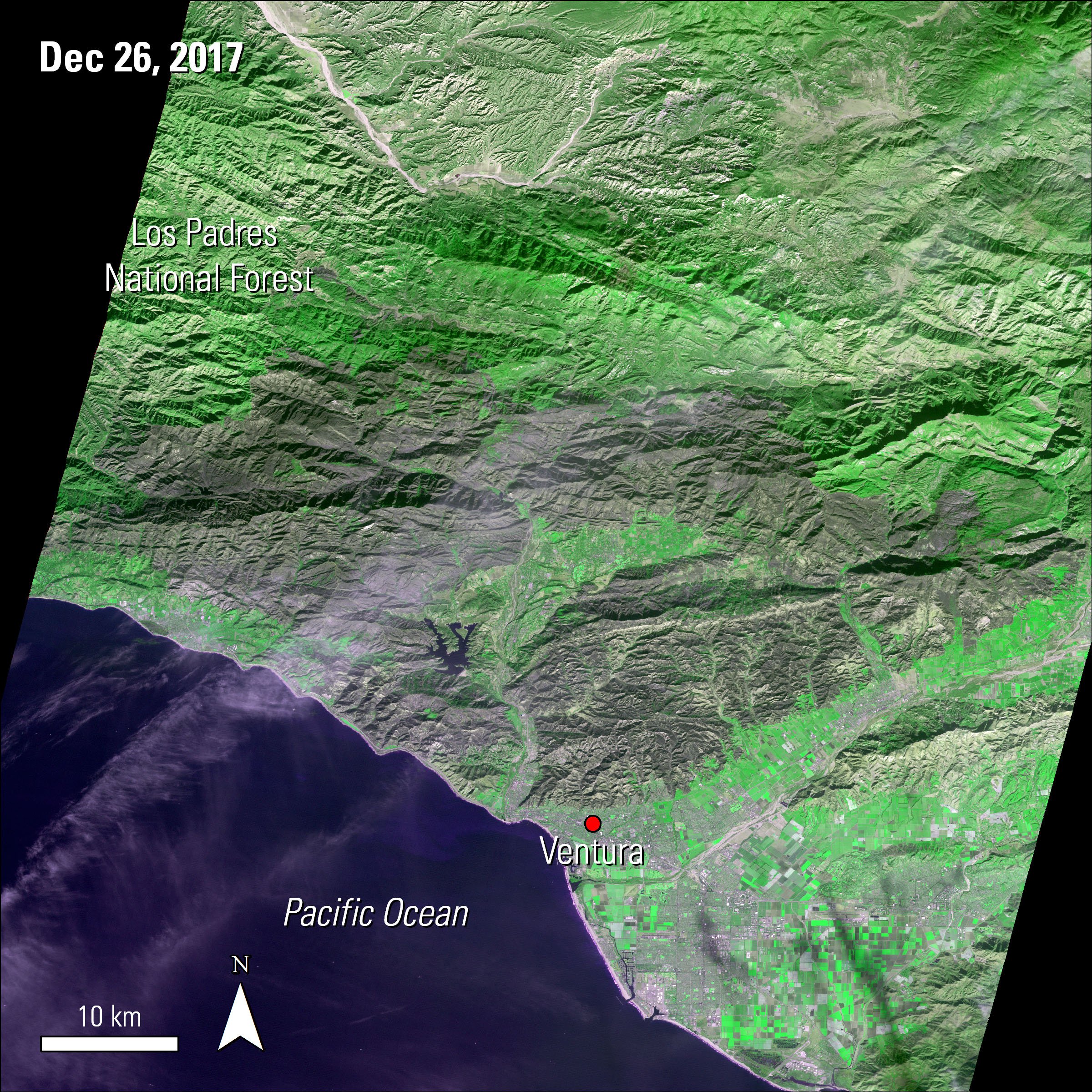 In December 2017, California experienced the Thomas Fire, the largest wildfire since the Santiago Canyon Fire of 1889. The fire ignited on December 4, 2017, burning approximately 1,141 square kilometers (sq km) (282,000 acres) of land. The fire destroyed 1,063 structures and damaged another 280 as of January 11, when the fire was 92 percent contained. A Terra Advanced Spaceborne Thermal Emission and Reflection Radiometer (ASTER) image (AST_L1T) of the burn scar from the fire, covering both Ventura and Santa Barbara counties, is shown on the right.

Heavy rainfall in January brought relief from the fires, but also brought a new risk for mudslides and floods in areas impacted by the Thomas Fire.

Imagery of the Thomas Fire from December 2017. The imagery was created using Surface Reflectance data from the Suomi NPP NASA VIIRS images using a band combination of I3-I2-I1, which highlights the natural colors in the Surface Reflectance image. The Terra and Aqua MODIS images use a band combination of 7-2-1, highlighting burn scars and fires in the area.

References: (Author's Note 2/28/2022: At the time of publishing these references were available online, some resources may no longer be available.)

Los Padres National Forest [@LosPadresNF], 2018, Areas that may not have been flood- or slide-prone previously may now be at risk. Flood preparation information is available at http://www.countyofsb.org/pwd/floodprep.sbc …,