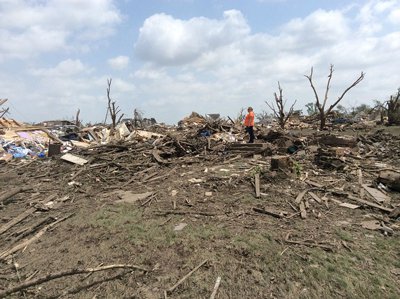 On June 16, 2014, a tornadic thunderstorm system moved across portions of northeast Nebraska, producing 5 tornadoes. Four of the tornadoes were rated as EF-4 on the Enhanced Fujita Scale, meaning that they were violent tornadoes with winds between 166 and 200 miles per hour. One EF-4 tornado spun directly through Pilger, Nebraska, a small town of 350 people, leveling much of the town.

The Advanced Spaceborne Thermal Emission and Reflection Radiometer (ASTER) instrument aboard NASA’s Terra satellite captured the top image of northeast Nebraska on June 21, 2014. Two of the EF-4 tornado tracks are visible in the false-color image (near-infrared, red, green). The tracks are tan paths of bare ground across plant-covered fields, which are red. The towns of Pilger and Wisner are bright white. The lower image, also from the ASTER instrument, shows the region on July 4, 2013. Use the slider below to compare and contrast the before and after views.

These tornadoes were rare twin tornadoes that were on the ground at the same time. The two EF4 tornado tracks start at the bottom-middle and traveled northeast where they eventually crossed paths and dissipated (middle top of the image). According to the National Weather Service, the tornado that hit Pilger directly had a path 18.41 miles long. The eastern tornado traveled 11.84 miles. 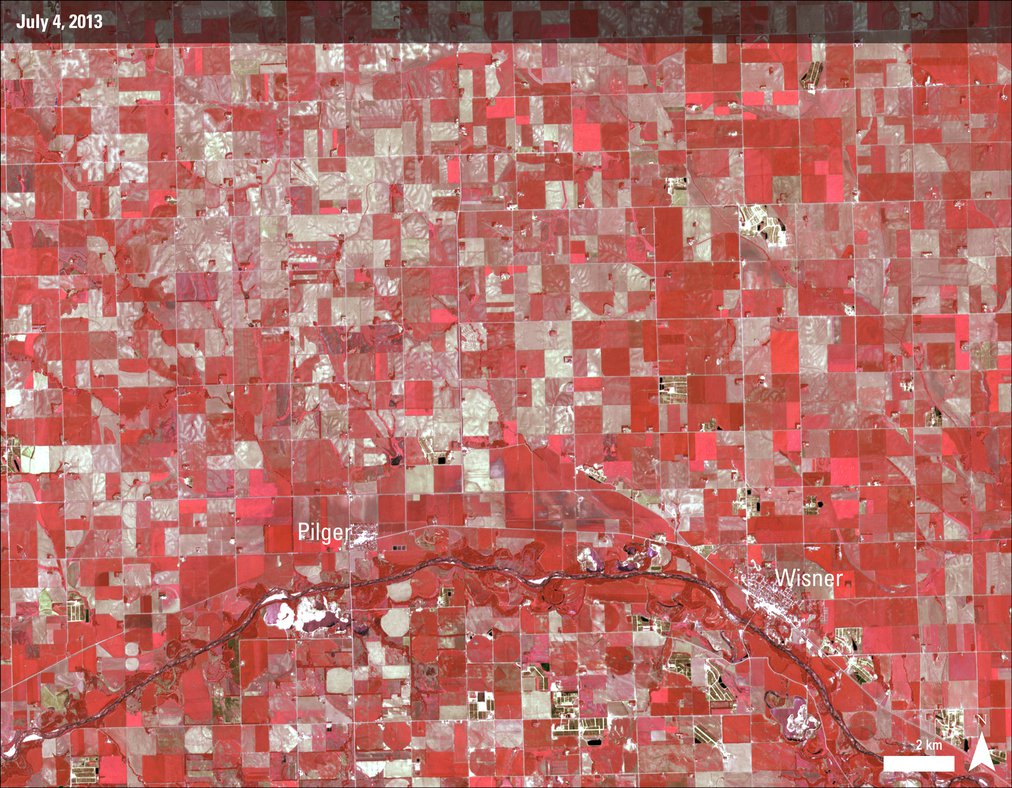 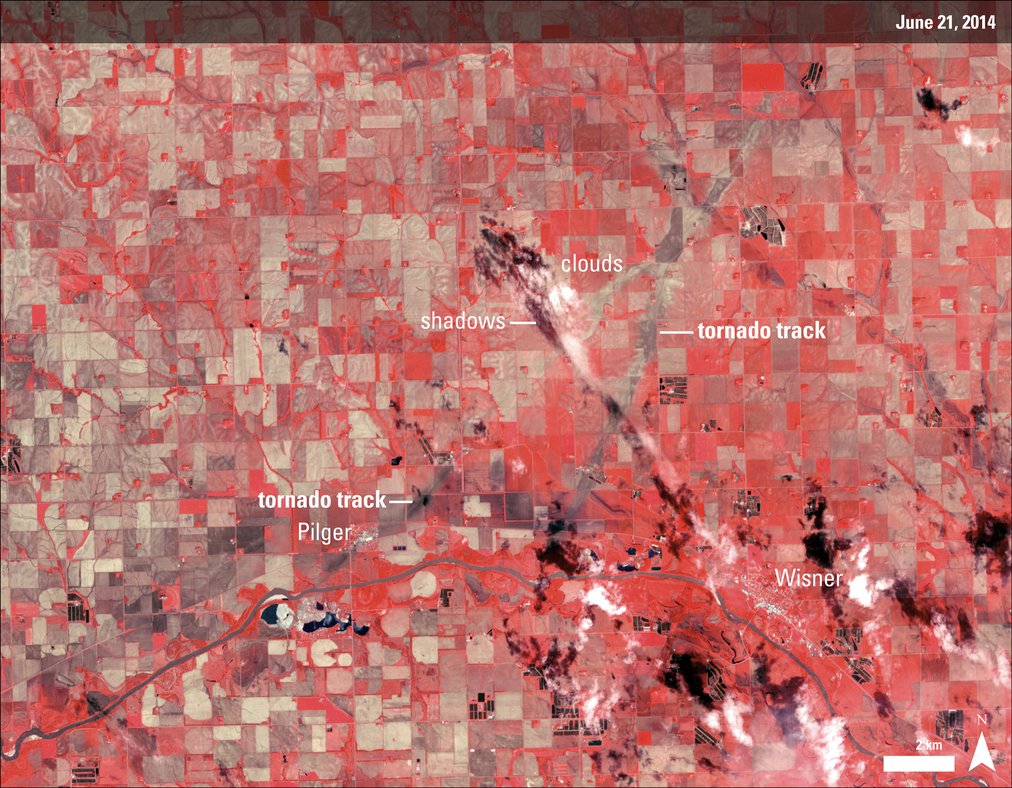